URBANA, Ill. (AP) — A memorial garden is planned for a University of Illinois scholar from China who went missing last year. 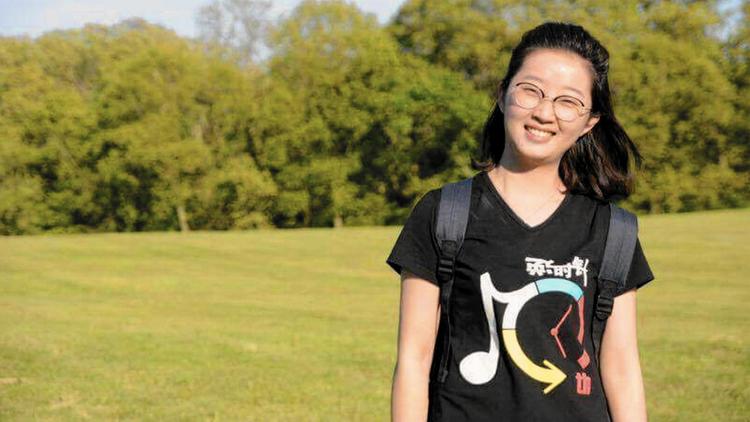 The campus memorial will be created near the spot where Yingying Zhang was last seen, The News-Gazette reported. Work will begin Friday and is expected to be completed next month.

The memorial comes after friends of Zhang and volunteers placed flowers, stuffed animals and other memorials at the site.

"I witnessed incredible grace, compassion and commitment as Yingying's friends and family stood side by side, day after day hoping she would return," said UI Dean Kim Kidwell. "The bonds she created with people here were permanent: she will not be forgotten.

The university is funding the memorial that was suggested by Zhang's friends and the Chinese Students and Scholars Association. It'll feature a path leading to a bench with an engraved stone, surrounded by greenery and white flowering plants.

The palette is green and white "to reflect the somber ambiance of a memorial garden," according to the proposal.

Brendt Christensen is charged with the kidnapping and death of Zhang, who went missing on June 9, 2017.

Government attorneys announced in January that they plan to seek the death penalty because Christensen allegedly tortured Zhang before killing her . Her body hasn't been found.

Jury selection for the trial is scheduled to begin April.