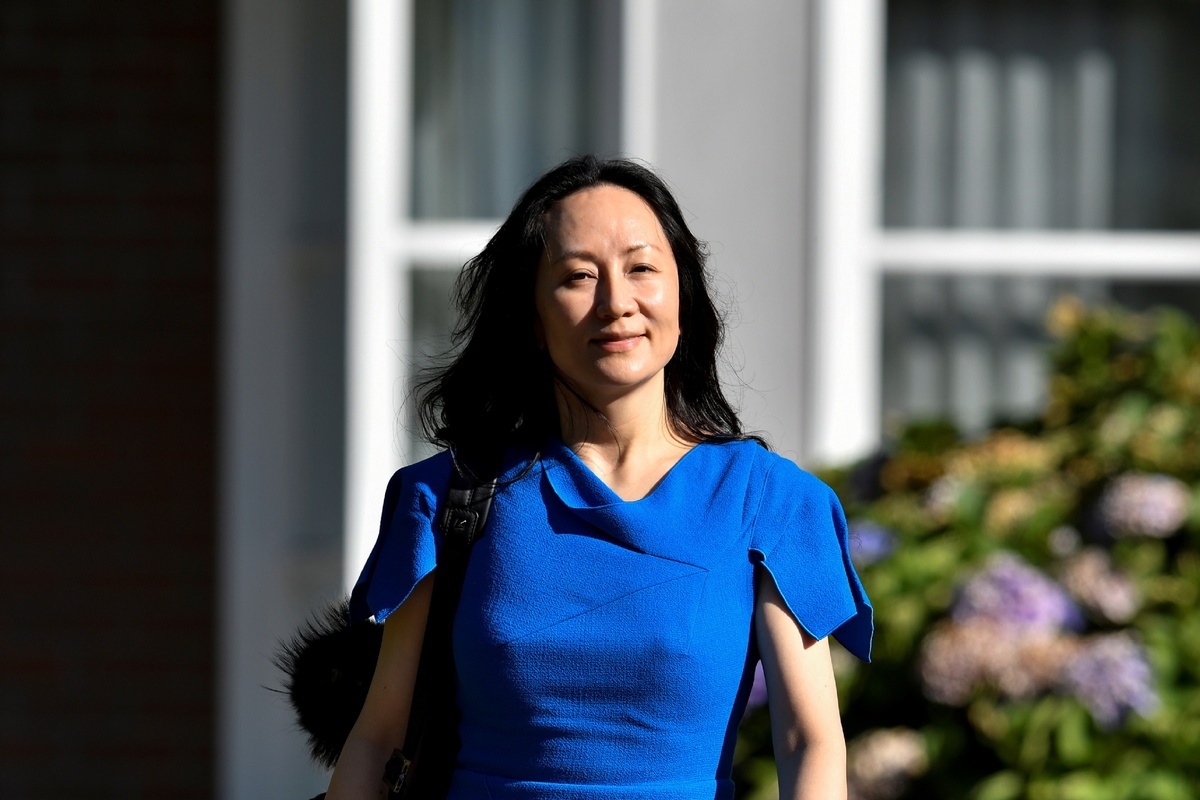 The defense lawyer for Huawei executive Meng Wanzhou argued Monday that staying the extradition proceedings is the only appropriate remedy to "a range of abuses" in her extradition case.

According to Meng's lawyers, the first of four abuses involved comments from former US president Donald Trump that he reserved the right to weigh in on the case against Meng if it would help the US secure a trade deal with China.

The second abuse refers to Canadian authorities improperly communicating with their American counterparts, including allegedly sharing identifying details about her electronic devices, which violated Meng's Charter rights in Canada.

The third abuse, according to the defense team, which was argued last week, is that the US has misled Canada by both misconducting evidence and omitting key details in order to establish fraud, which has "corroded the fairness" of the Canadian legal proceedings.

Finally, Meng's lawyers said the US has no jurisdiction to charge a Chinese national for actions occurring outside the US, which means Canada would be violating international law if she were sent to the US to face charges.

The numerous allegations of abuse of process amount to a serious violation of Canada's rule of law, according to defense lawyer Richard Peck.

"To proceed would condone conduct antithetical to Canadian values and the rule of law. A stay is relevant due to cumulative effect," Peck told Associate Chief Justice Heather Holmes.

"The rule of law is the source and factor of all social organization. So that is the start of what we say should be the driving factor or consideration in this case," Peck said.

In trying to persuade the judge, Peck cited two previous cases that established the bar for the extraordinary remedy of a stay of proceedings to rectify abuse.

The abuse of process doctrine provides courts with the authority to order that a proceeding be stayed on the basis that it is unfair or otherwise sufficiently undermines the integrity of the judicial system. Judges considering a stay must determine if an alternative remedy exists and if the interests of the accused outweigh the interests of society in having the case heard.

Peck told the judge that under any of the four branches, or their cumulative effect, Meng's case was the "clearest" and met the test for a stay of proceedings.

"What that tells us is that the impugned conduct may come in the form of words or utterances. But it's the seriousness of that conduct that weighs on the decision," said Peck. "Words have power."

Meng, 49, the chief financial officer of Huawei Technologies Co Ltd, was arrested by Canadian authorities at the request of the US, at Vancouver International Airport on Dec 1, 2018. She is accused of misrepresenting the Chinese telecom company's relationship with Skycom in a PowerPoint presentation to HSBC in 2013 and putting the bank at risk of violating US sanctions against Iran. Meng and Huawei have repeatedly denied the accusations.

Another defense lawyer, Tony Paisana, urged the judge to consider four alleged abuses of process as "branches of the same tree" and assess their cumulative impact.

"The breadth and height of abuse in this case is a rare aspect. Front-line attorneys drafted false documents, officers arresting, all the way to the president. Misconduct occurred across time affecting many of the procedural steps in this case," Paisana said. "It is the only remedy capable of protecting the integrity of the system."

The Crown, representing the US, has denied any abuse of process occurred and accused Meng's lawyers of trying to turn her extradition case into a trial.

The hearings are expected to conclude by Aug 20. Holmes will decide whether to release Meng or recommend to Canada's Justice Minister David Lametti that she be extradited.