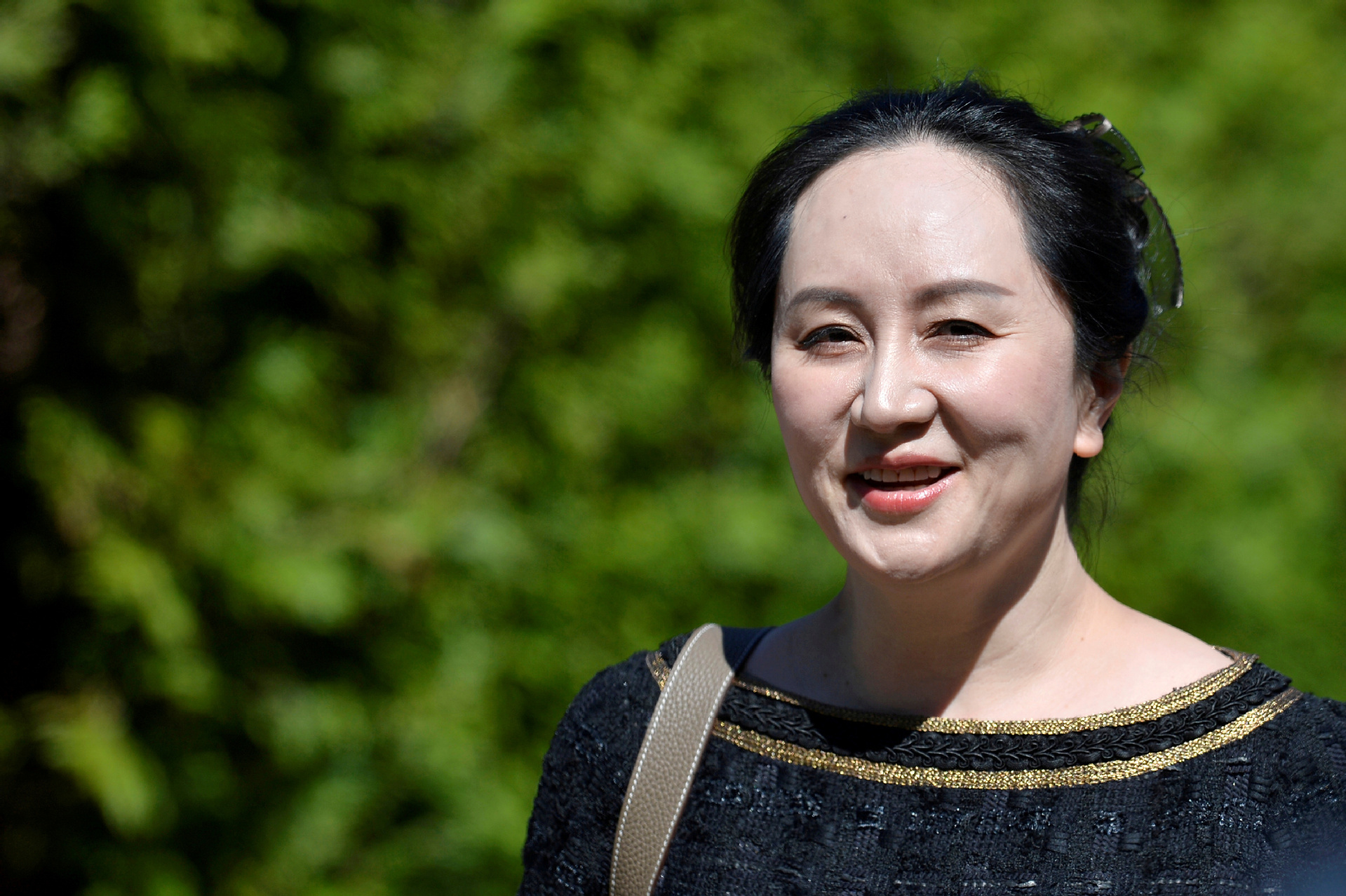 Lawyers for Huawei executive Meng Wanzhou will argue that she was subjected to an abuse of process, and that former US president Donald Trump "poisoned" extradition proceedings against her.

Meng, the chief financial officer of Huawei Technologies Co Ltd, and her defense team returned to British Columbia Supreme Court on Monday to fight her extradition to the United States.

Soon after Meng's arrest, Trump made a statement to a Reuters reporter that he reserved the right to weigh in on the case if it would help the US secure a trade deal with China or serve other American national security interests.

Canada's attorney general said that the defense argument is "irrelevant" now that Trump is out of office.

Meng was arrested by Canada at the request of the US at Vancouver International Airport on Dec 1, 2018. She has been accused of bank fraud for allegedly misleading HSBC to break US sanctions against Iran, which Meng and Huawei have denied.

China restated that the arrest of Meng was an "utter political conspiracy" of the Trump administration trying to crack down on Huawei and other Chinese technology companies.

The Crown in Canada, which represents the US in the proceeding, however, argued that there's no evidence Trump made good on his words, and that any possible influence he could have had on the case ceased with his term in office, according to CBC News.

Michael Byers, an expert on international law, told CBC News that he doubts the defense team will have much success convincing Associate Chief Justice Heather Holmes that the US Department of Justice has been swayed by political considerations.

Canada-China relations have soured the past two years since Meng was detained in Vancouver, and after Canadians Michael Kovrig and Michael Spavor were accused of spying by the Chinese government.

In the court documents filed before this week's hearing, Meng's lawyers cited comments by Canadian Prime Minister Justin Trudeau about the need to tie a trade deal between the US and China to the resolution of Meng's situation and the fate of the two Canadians detained in China.

In addition, Meng's defense said there's evidence showing the case against her is "manifestly unreliable", and wants that evidence admitted into the record.

According to The Canadian Press, Meng's lawyer Frank Addario said the emails between staff at Huawei and international bank HSBC show the bank was well aware that Huawei controlled another company called Skycom, therefore Meng wasn't responsible for any violation of US sanctions again Iran by the bank.

He told the hearing that staff at HSBC knew that Skycom was sold to Canicula, that Canicula was Skycom's parent company, and that Huawei controlled the Canicula account.

Addario is asking the judge to admit affidavits including emails and bank account information into evidence to support the defense team's case at Meng's committal hearing, which is expected to stretch into mid-May. A decision on the extradition request isn't expected until late in the year.