WORLD Mental health in US a growing concern as pandemic continues

Mental health in US a growing concern as pandemic continues 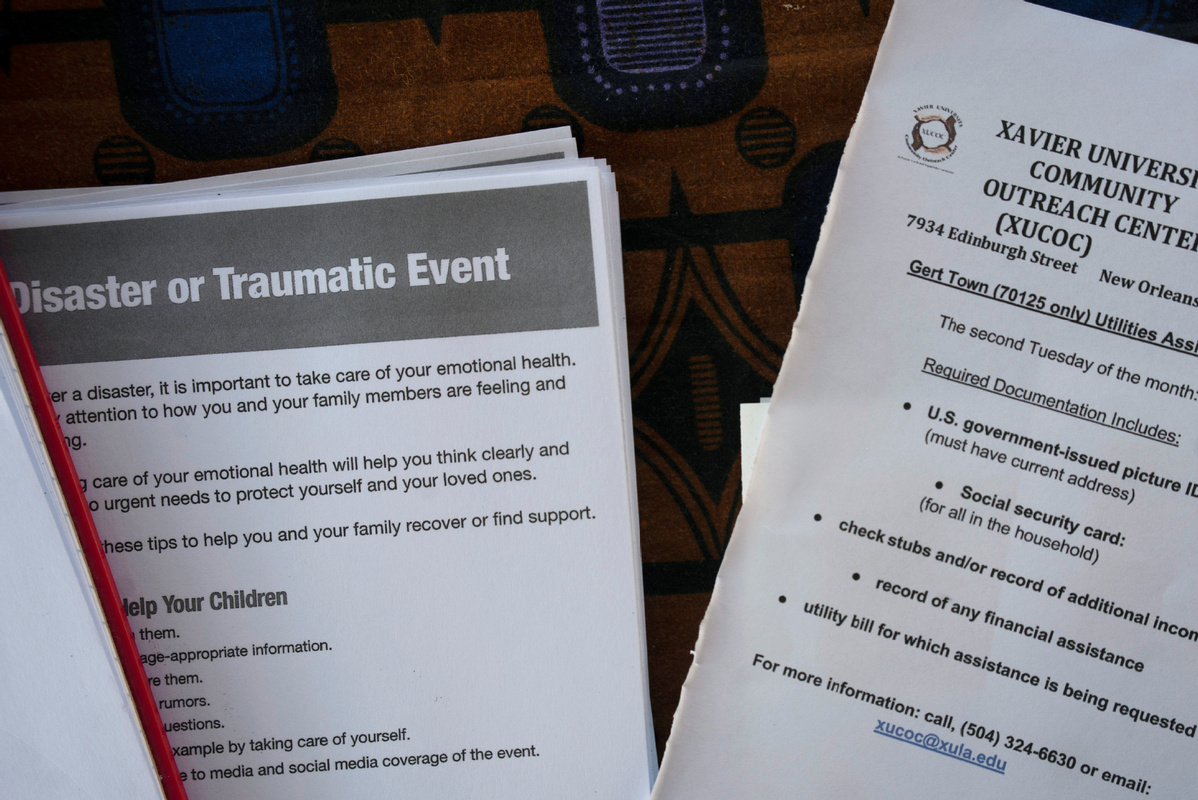 View of information on mental health resources, available at a walk-up testing site for coronavirus disease (COVID-19) at Xavier University of Louisiana in New Orleans, Louisiana, US, April 21, 2020. (Photo: Agencies)

The United States is on the verge of a mental health crisis due to the stress of hearing about daily death tolls from the novel coronavirus pandemic, along with weeks of isolation and social distancing, according to psychologists and mental health organizations.

The COVID-19 pandemic in the US has forced people to stay inside, often alone, for three months, and has cost at least 30 million people their jobs.

Kevin Hassett, White House economic adviser, told CNN on Tuesday that the unemployment rate could hit 20 percent for April, which would be the highest on record.

Dr Bradley Klontz, an associate professor of financial psychology and behavioral finance at the Creighton University Heider College of Business in Omaha, Nebraska, told China Daily: "We know a lot about financial strain and its impact on mental health from studies. When people experience a lot of financial strain, it has a negative impact on relationships. It causes marital strain, depression and anxiety.

"Financial stress is actually a significant mortality risk factor akin to things like heart disease and diabetes," he said."It has a profound impact on longevity and health overall and mental health."

Dr Michi Fu, a licensed psychologist, professor at Alliant International University and visiting professor of the National Taiwan University, told China Daily: "For people who already have a pre-existing condition, it's likely that their condition could be exacerbated (by COVID-19])"

More than half of those surveyed in a Kaiser Family Foundation poll said that COVID-19 had affected their mental health.

The Substance Abuse and Mental Health Services Administration, a branch of the US Department of Health and Human Services, said it had received 20,000 distressed texts in April, compared with 1,790 the previous month.

Before the pandemic, at least 1 in 5 adults in the US suffered with mental health issues, but those numbers could rise, say experts.

"The longer this [pandemic] goes, the higher the risk of long-term damage," Klontz said. "The economic impact can just get worse and worse, and being cooped up, unable to work, brings up a whole host of mental health challenges in and of itself.

"One of the primary risk factors for depression is social isolation, studies done on this show. And we are actually forcing and telling people they should socially isolate, which is the opposite of what you should be doing if you are trying to avoid being depressed."

Amid the pandemic, those on the front lines have borne the brunt of the stress. At least two healthcare professionals have committed suicide.

John Modello, 23, a rookie EMT in the Bronx, also died by suicide.

A study in China reported that at the country's peak in coronavirus cases, half of doctors and nurses treating the disease felt depressed; 45 percent had anxiety; and at least 34 percent had insomnia.

In a joint letter to Congress in April, the National Council for Behavioral Health and the American Society of Addiction Medicine (ASAM) said that $38.5 billion was needed to help its sector. An additional $10 billion was needed just to help fight the fallout from COVID-19.

Dr Paul Earley, president of ASAM, which represents more than 6,000 physicians and clinicians in addiction medicine said: "Behavioral health organizations are battling two emergencies: the COVID-19 pandemic and an explosion of patients in crisis as a result of isolation, anxiety and economic distress. We must shore up our nation's addiction and mental health care systems now to stem the coming wave of acts of despair and unintentional overdose deaths."

Congress allocated $425 million to help battle mental health and substance use disorder in the CARES Act, the Coronavirus Aid, Relief, and Economic Security Act, but more is needed, National Council for Behavioral Health President and CEO Chuck Ingoglia said. "This is the greatest crisis to ever hit mental health and addiction treatment providers."

In Canada, Prime Minister Justin Trudeau announced on May 3 that the government had pledged $170 million to boost access to mental health care due to problems caused by COVID-19.