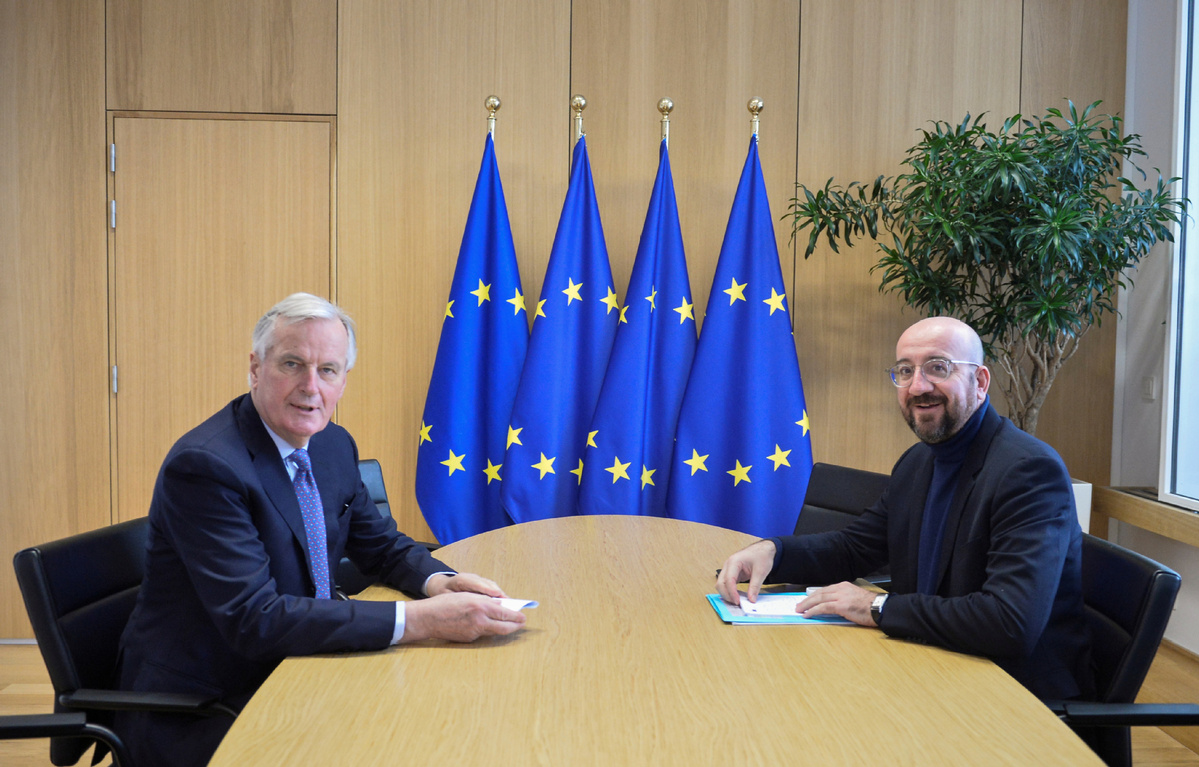 Members of the European Union's Parliament are calling on the United Kingdom to delay its full and final exit from the bloc, until the time is right to negotiate a future trade deal.

The center-right European People's Party, the largest group in the EU Parliament, says the novel coronavirus outbreak, which has sickened the UK's prime minister and the EU's chief Brexit negotiator, has made it impossible to properly negotiate a deal.

Europe, it says, needs to focus on fighting the outbreak, which has infected at least 330,000 people across the continent and killed more than 21,000.

Christophe Hansen, a European People's Party MEP, told the BBC: "Under these extraordinary circumstances, I cannot see how the UK government would choose to expose itself to the double whammy of the coronavirus and the exit from the EU single market, which will inevitably add to the disruption, deal or no deal."

Hansen, who is a negotiator on the EU Parliament's international trade committee, urged the UK not to cling to the previously agreed transition period end date, but to extend it, so talks can continue without the pressure of a fast-approaching no-deal Brexit.

"I can only hope that common sense and substance will prevail over ideology," he said. "An extension of the transition period is the only responsible thing to do."

Talks between the two sides have been continuing via videolink during the novel coronavirus outbreak but the EU's chief negotiator, Michel Barnier, has been self-isolating since contracting the COVID-19 respiratory disease that the virus causes, as has his opposite number in the UK, David Frost.

UK Prime Minister Boris Johnson has also confirmed he has the infection, and his top adviser, Dominic Cummings, is self-isolating with symptoms.

The German MEP David McAllister who chairs the UK coordination group in the EU Parliament, said constraints on the talks posed by the coronavirus have made the difficult job of finding a trade deal that is suitable to both sides even harder.

"The coronavirus pandemic complicates the already very ambitious schedule," he said. "The EU has always been open to extending the transition period. The ball is now clearly in the British court."

A spokesman for Johnson responded by saying the UK government has no plans to change the timetable and remains confident that a trade deal can be found before the deadline.

"The transition period ends on Dec 31, 2020. This is enshrined in UK law," the spokesman said.

The Independent newspaper said talks between the two sides have, in reality, ground to a halt, with several people on the negotiating teams infected with the virus and officials who had been working on the project now diverted to help curb the outbreak.

And the possibility of a delay does not seem to trouble the British people. A recent opinion poll conducted by Focaldata found 64 percent of UK residents were in favor of the government requesting an extension.

The Express newspaper reported that McAllister was aware of the UK government's desire to stick with the timetable, but noted he was hoping Downing Street would think again.

"So far, the UK government has constantly rejected such an option," the paper quoted him as saying. "Under the current circumstances, London should carefully reexamine a prolongation."