A senior conservative ally of Chancellor Angela Merkel questioned whether sanctions against Russia were working, aligning himself with much of the Social Democrat rank-and-file in calling for Germany to keep up a dialogue with Russia. 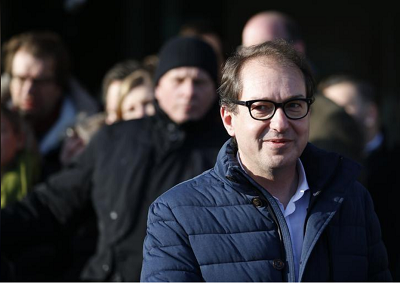 The remarks by Alexander Dobrindt, parliamentary leader of arch-conservative Bavarian Christian Social Union, raise the pressure on Merkel as western countries contemplate a harsher approach to Russia after allegations it was behind a poison attack in Britain on retired double agent Sergei Skripal.

The divisions highlight the tightrope Merkel must walk to satisfy the demands of allies to keep up the pressure on Russia while placating businesses that are increasingly frustrated at years of export income lost to sanctions.

“It is very controversial whether sanctions against Russia work as they are meant to,” he told Funke Media Group, adding that, though Britain had Germany’s “full support in the Skripal affair”, Germany had a particular responsibility to maintain a dialogue with Russia.

Dobrindt’s remarks come as Merkel’s Social Democrat (SPD) coalition partners - traditionally the more pro-Russian of the main parties - are more divided than ever over the question of how to deal with an increasingly assertive Moscow.

The same poll, commissioned by a consultancy run by a former SPD lawmaker with close ties to Russia, found 69 percent of Germans opposed the decision to expel four Russian diplomats in the wake of the Skripal affair.

Western countries introduced sanctions against Russia in 2014 after Moscow’s annexation of Ukraine’s Crimean peninsula. Since, Russian support for Bashar al-Assad in Syria’s civil war and the poison attack in Britain have soured relations further.