WORLD Merkel calls for dialogue with Poland at EU summit

Merkel calls for dialogue with Poland at EU summit

BRUSSELS, Oct. 21 (Xinhua) -- Germany's outgoing Chancellor Angela Merkel on Thursday called for dialogue between EU member states and Poland to settle a row over the rule of law issues. 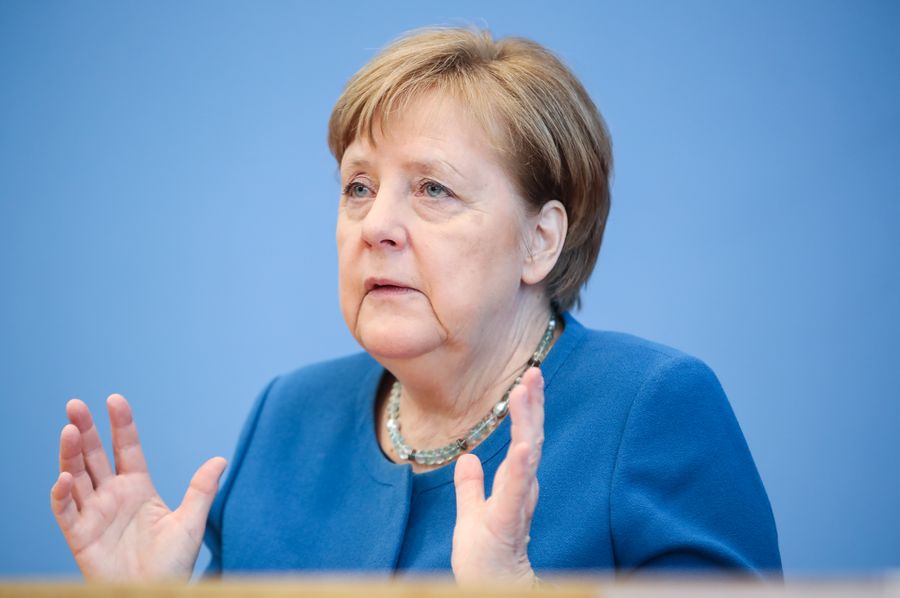 Speaking to journalists upon her arrival in Brussels for probably her last show at an EU summit, Merkel insisted that member states needed to discuss political differences.

"We need to find ways and possibilities to come back together," she said. "An avalanche of legal disputes taken before the European Court of Justice is not a solution to the problem," she said, in a reference to the legal action the European Commission was preparing against Poland in front of the EU's top court.

Poland's rule of law topped the agenda of the summit of EU leaders on Thursday, with the European Commission expressing growing concern over judicial independence, which was exacerbated with the Polish constitutional court decision this week which ruled that Polish laws enjoyed supremacy over EU laws.

Commission President Ursula von der Leyen told journalists as she arrived at the EU summit that "the core question is the independence of the judiciary in Poland."

"This is not new...but with the recent ruling of the (Polish) constitutional court, this has taken a new dimension," she added.

Poland's Prime Minister Mateusz Morawiecki came under heavy criticism during a tense debate with Von der Leyen in the European Parliament in Strasbourg on Tuesday.

The EU chief warned that the Commission will use one of the tools at its disposal, either an infringement procedure, or an EU probe into the ruling, or the new tool of rule of law conditionality which could lead to the suspension of EU funds, or the Article 7 sanctions procedure.

The global energy crisis also topped the leaders' agenda but the Polish situation took precedence, with many leaders arriving at the summit calling for dialogue to diffuse the situation before it ballooned into a much larger political crisis that could threaten the EU's own foundations.

Morawiecki said he was "ready for dialogue" but warned that they would not "act under the pressure of blackmail."

He defended the controversial Oct. 7 ruling by his country's Constitutional Court that declared EU law could only apply in just a few specific areas, and that Polish law prevailed in all other national matters.

Meanwhile, in a resolution adopted on Thursday with 502 votes for, 153 against, and 16 abstentions, MEPs emphasized that the Polish Constitutional Tribunal lacks legal validity and independence, and is unqualified to interpret the country's constitution.

The MEPs "deeply deplore" the decision which they described as "an attack on the European community of values and laws as a whole," and said that the Tribunal has been transformed "into a tool for legalizing the illegal activities of the authorities."