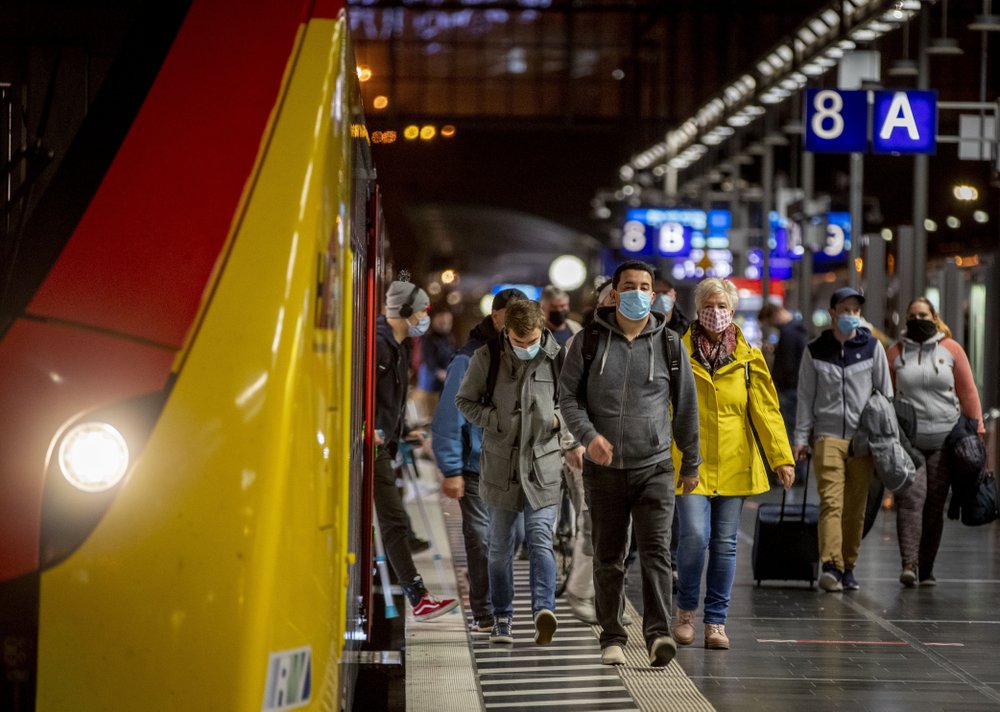 The proposed restrictions to come in force from November 4 to the end of the month would limit contact outdoors to people from two households, according to a draft of planned measures seen by AFP.

Schools, daycares and shops will remain open, but hotels will be allowed to offer overnight stays only for "necessary and expressedly non-tourist purposes".

Bars, cafes, restaurants would have to shut, although takeaways and delivery services can keep going.

The aim is to "break the infection momentum, so that over Christmas, there will be no far-reaching restrictions with regards to personal contact and economic activities," according to the draft.

"Family and friends should be allowed to meet under corona-conditions over Christmas. This requires a common effort now, just like in spring," it added.

Under the federal system, individual states have the final say on which restrictions to impose, and some less affected regions are likely to bristle at measures that will inflict more economic pain.

The far-left premier of the eastern state of Thuringia, Bodo Ramelow, has voiced opposition to Merkel's proposal.

The country coped relatively well with the first coronavirus wave earlier in the year but numbers have risen rapidly in recent weeks, as they have across the continent.

Germany's tally of new daily cases now regularly crosses the 10,000 mark, according to data from the Robert Koch Institute (RKI) for disease control.

That is still well below figures seen in neighbouring France, where daily cases have topped 50,000, or Belgium where hospitals are reaching capacity.

But Economy Minister Peter Altmaier warned that Germany was seeing "exponential growth" in case numbers and would probably reach "20,000 new infections per day" by the end of the week.

Two hard-hit districts in Bavaria have already gone back into lockdown, with schools, kindergartens and nurseries closed and people needing a valid reason to leave their homes.

Bavarian premier Markus Soeder, whose popularity has soared during the pandemic, said time was running out to counter the upward trend and pleaded for tougher, nationally applicable rules.

"Better to do it now and do it right, than late and half-hearted," he said.

Several cities across Germany have already taken the dramatic step of cancelling their Christmas markets this year, including the famous Nuremberg "Christkindlesmarkt" that usually attracts over two million visitors.

Germany has recorded 449,275 coronavirus cases since the start of the pandemic. A total of 10,098 people have died so far, according to RKI figures.

The number of Covid-19 patients in intensive care meanwhile has surged from just under 400 in early October to 1,470 by Tuesday.

While there is no shortage of hospital beds or ventilators for now, the "much bigger problem" is a lack of medical staff to cope with a potential surge in intensive care patients, Uwe Janssens of the German Interdisciplinary Association for Intensive Care and Emergency Medicine (DIVI) told the Funke media group.

Scientists from Germany's Leopoldina Academy, which has Merkel's ear, issued a statement with other experts on Tuesday recommending "a drastic reduction in contacts" if the pandemic is to be brought under control.

Germans also need to keep heeding the guidelines for mask wearing, social distancing, hand washing and airing out rooms, as well as using the corona app, they added.

Ahead of Wednesday's talks, Merkel said she understood that the coronavirus measures were asking a lot and stressed that they would only ever be temporary.

"The restrictions serve to protect our citizens and vulnerable groups in particular," she said, adding that she wanted to avoid "millions of people being excluded from society".