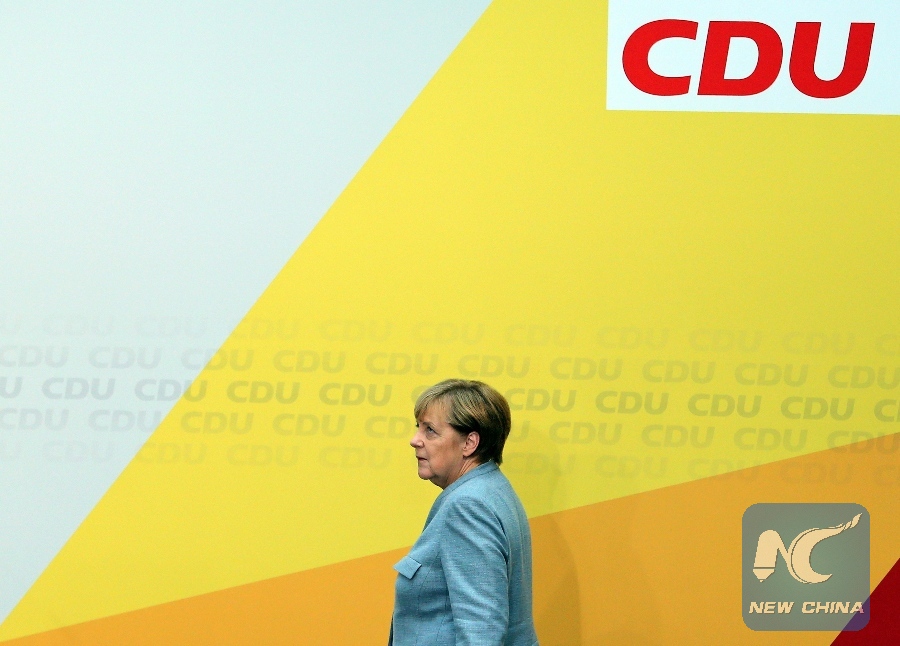 Berlin (People's Daily) - German Chancellor Merkel  said Tuesday she would lead a minority government if talks with the SPD do not lead to a grand coalition.

Merkel, the CDU leader, told the party’s executive committee that she does not strive for a minority government, but that this would still be a better alternative than new elections.