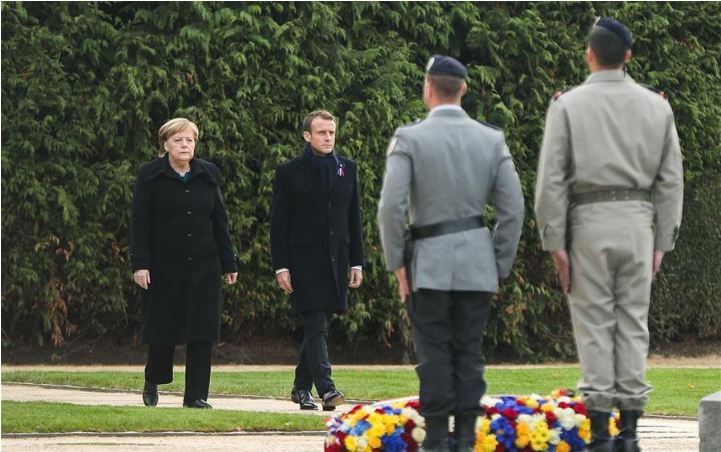 KIEV, Dec. 28 (Xinhua) -- German Chancellor Angela Merkel and French President Emmanuel Macron on Friday urged Russia to release the Ukrainian sailors who were detained during the tensions in the Sea of Azov, Ukrainian media reported.

In their joint statement, Merkel and Macron said that the sailors should be released by the end of the current year, said the Ukrainian government-run Ukrinform news agency.

Besides, Merkel and Macron expressed their concerns over the situation in the Sea of Azov and called for the free and safe passage of all ships through the Kerch Strait.

On Nov. 25, Russian forces seized three Ukrainian naval ships as well as 24 sailors on board attempting to sail through the Kerch Strait from the Black Sea to the Sea of Azov, for they allegedly violated the Russian border. Kiev has since constantly urged Moscow to release the captured sailors.