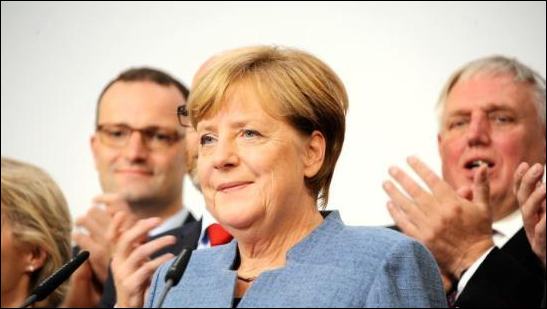 Germany's economic strong heartland of Bavarian is set to elect its local parliament on Sunday. The southern state's long-governing Christian Social Union(CSU), sister party of Chancellor Angela Merkel's party, could see a historic setback which will in turn weaken her.

The political conservative CSU, operates only in Bavaria, and has governed most of the post-war period with absolute majority, having contributed 11 of the 12 minister-president of Bavaria.

Ordinarily, the Bavarian election would lack attracting headlines as most media would, at this time of the year, round up the beer festival Oktoberfest. However, local politics seems to be on focus this year as polls showed CSU might lose its control of the state parliament Landtag, with only a historic low support rate of 34 percent, down from 47.7 percent in 2013, according to the latest poll.

Many politicians, including the Bavarian governor Markus Soeder, blamed the low voter support on the chaotic "politics in Berlin," where CSU and Merkel's Christian Democratic Union(CDU) were constantly at odds.

The CSU has taken a hard line on migration issues, after the Merkel's open-door policy in 2015, shifting the party to the right aiming to counter the growth of anti-immigration populist party Alternative for Germany(AfD).

In July, the German government nearly collapsed since the CSU insisted on a new stricter plan to turn away refugees at the border. It also clashed with CDU by pressuring highway toll for foreigners to solve Germany's diesel scandal.

The conflicts have escalated to such a degree that Merkel herself a week ago has to called for the political alliance to end their in-fighting and seriously preparing for the upcoming election.

"I know that through our dispute we have made the polls look as they do," Merkel told the CDU and CSU youth wing in a speech.

"Voters don't appreciate it if we argue and they don't even understand what we're arguing about," said Merkel.

Some analysts did not see the poll result as a consequence of political mess, but rather as a sign that parties have neglected what the locals are really cared of.

For long, media reports have shown that, like the other states of Germany, Bavarians worried about a list of pressing matters, from affordable housing, rocketing rents, and childcare, not only on migrants.

But the CSU leader Horst Seehofer in September called the migration is "the mother of all problems," adding he could understand the anger that fueled several far-right demonstrations.

Nevertheless, the slump in polls could indicate that CSU did not succeeded in winning back voters by taking a tough position on migration policies in an attempt to distance itself from its centrist partner CDU and to win back voters who had moved on to the AfD.

"Populism has increased especially in the political middle, but that does not necessarily mean that people sympathetic to certain populist ideas support right-leaning positions and parties," said Christina Tillmann, director of Future of Democracy, a program of Bertelsmann Foundation.

Tillmann added that German majority were now for "closing borders" and "sending back a large number of people who had already come here."

"It was rather about people having more control, about wanting to know outcomes, to feel like they actually have a state that is in control and can manage the situation," Tillmann said.

If the polls were accurate, CSU will most probably be forced to form a coalition with the ecologist Greens, who owned 18 percent of the votes according to poll prediction made by Infratest Dimap.

The shake-up in Bavaria could further escalate the internal contradictions of CSU, and its chairman Seehofer might be pulled down from party leader as well as interior minister, putting the federal government in a potential crisis, analysts said.

Furthermore, another state election is due to be held in Hesse on Oct. 28, and the earlier polls already gave a bad prediction for Merkel's CDU only winning 29 percent of the vote.

The impact of the two likely failures in local elections will make Merkel's opponents more encouraged to come out in the open and intensify their criticism over her grand political coalition.