Merkel's alliance most popular party among migrants in Germany: study 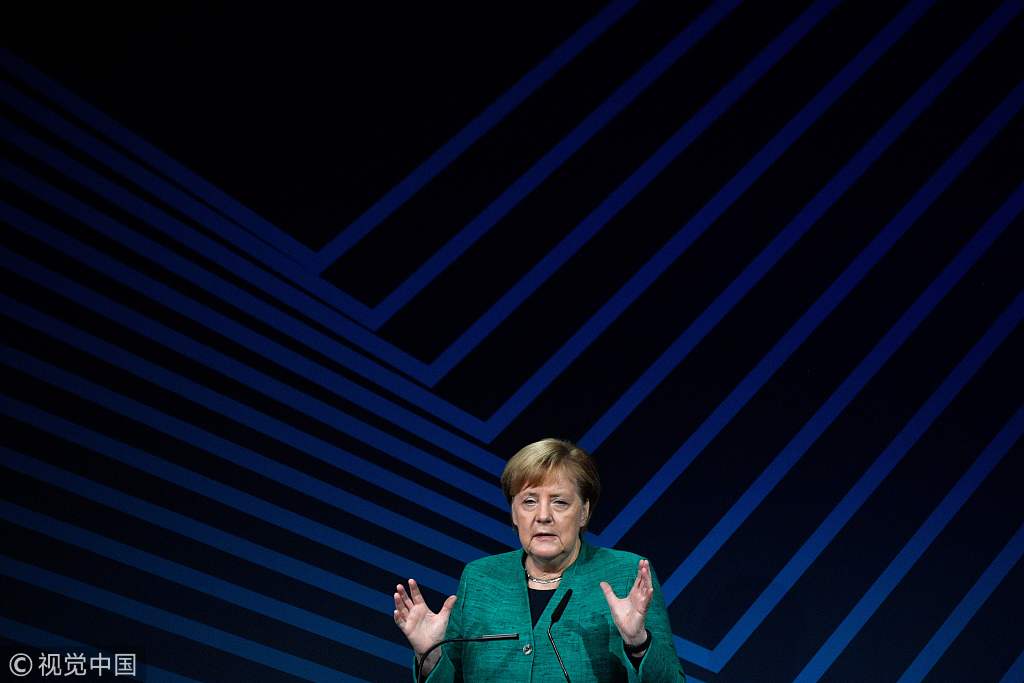 BERLIN, Sept. 27 (Xinhua) - German Chancellor Angela Merkel's political alliance of Christian Democratic Union (CDU) and Christian Social Union (CSU) is the most popular party among migrants in Germany, a study published by the Expert Council of German Foundations on Integration and Migration(SVR) on Thursday showed.

According to the study, 43.2 percent of immigrants residing in Germany would vote for the sister parties.

CDU and CSU gained 15.6 percent in migrants' approval compared to the last SVR survey published in 2016.

Support among the population with a migration background for the German Social Democrats (SPD) has significantly decreased compared to findings of the 2016 study by SVR. Germany's social party lost 15.1 percent of migrants' support in the current evaluation. Only 25 percent of migrants would vote for the SPD.

The decrease in migrants' approval for the SPD is mainly due to the loss of trust in the biggest left-wing party among the Turkish population living in Germany. Their approval for the social democrats has been almost halved to 37 percent since 2016.

Although the SPD remains the most popular among the Turkish community in Germany, it is only slightly ahead of the CDU/CSU union.

Turkish women in Germany have reacted positively to Merkel's government policies in recent years, according to the SVR study. In 2016, just three percent of Turkish in Germany women expressed sympathy for Merkel's party, compared to 48 percent in the current study.

The study stated that the stable bond between the Turkish community in Germany and the social democrats, which has lasted for many decades, is fading, said Henriette Litta, co-author of the study.