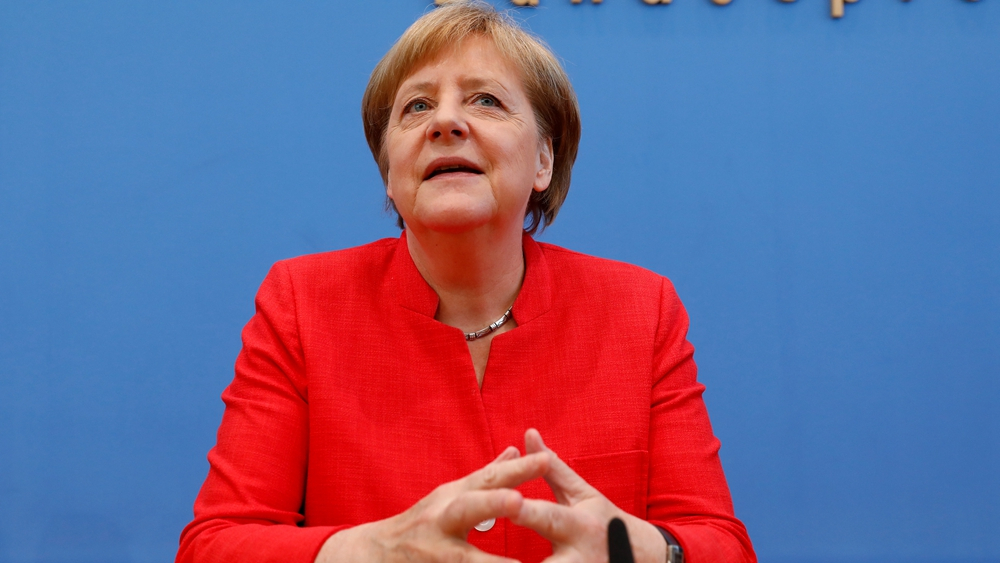 BERLIN, Nov. 23 (Xinhua) -- Annegret Kramp-Karrenbauer, secretary general of the Christian Democratic Union (CDU) in Germany, is poised to replace Chancellor Angela Merkel as the party's next leader, a "Politbarometer" poll published on Friday by the public broadcaster ZDF found.

According to the poll, 38 percent of CDU supporters want Kramp-Karrenbauer to succeed Merkel in the post following vote at a party conference in December. The findings were based on a regular and closely-watched opinion survey of 1,366 German voters which was conducted for ZDF by the Research Group Elections (FGW) at the University of Mannheim.

The latest ratings marked a three-percentage-point gain for the CDU secretary general and former governor of Saarland and gave her a comfortable lead over her main competitors Friedrich Merz and Jens Spahn with 29 percent (minus four percentage points) and six percent (minus one percentage point) respectively. A further twelve percent of CDU supporters indicated that they were indifferent as to who should become the next party leader, while 15 percent declined to answer the question.

Known colloquially as "AKK" in Germany, Kramp-Karrenbauer is widely held to be preferred candidate and a close ideological ally of Merkel in spite of the veteran stateswoman's refusal to offer any official endorsement in the contest. By contrast, the former finance executive Merz and health minister Spahn are both associated with calls for the CDU to emphasize its conservative values more heavily and have repeatedly made public criticisms of German asylum policies under Merkel.

Recently, Merz provoked a debate in the party and national media whether the right to asylum in the German constitution could be maintained during a regional CDU conference held in the state of Thuringia.

Nevertheless, Friday's "Politbarometer" findings suggested that Merz' adoption of a tougher line on the subject of asylum at the town-hall style meeting have failed to boost his prospects in the leadership race. Aside from being the favoured candidate in a hypothetical direct election of the CDU party chief, "AKK" also achieved the higher ratings on personal characteristics such as "likeability" (34 percent) and "credibility" (30 percent) than Merz (15 and 16 percent) in the survey.

A final decision on who will follow Merkel at the helm of the CDU will be reached by delegates of the federal party conference in Hamburg on December 7 and 8. Although the popularity of candidates among the CDU supporter base is hence not directly relevant to the outcome, ZDF noted that their views were likely to influence the voting behavior of delegates.