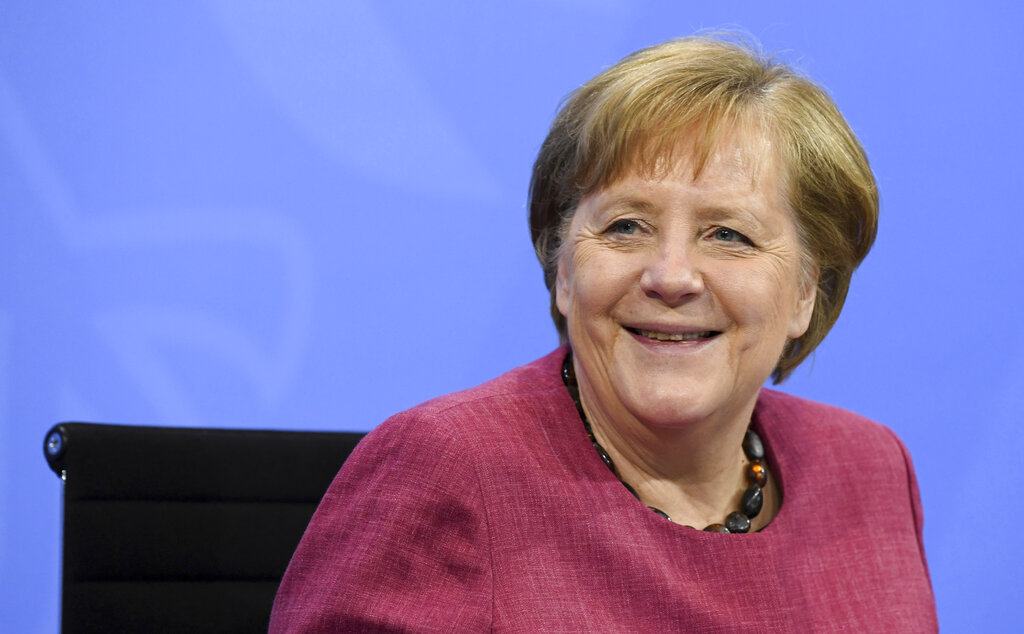 BERLIN, June 6 (Xinhua) -- German Chancellor Angela Merkel's Christian Democratic Union (CDU) led its rivals in the election in the eastern state of Saxony-Anhalt on Sunday, a big boost of morale for the conservatives in the September federal election.

The CDU garnered 36 percent of the votes, up by 6.2 percent compared to the last state election, while the far-right Alternative for Germany (AfD) got 22.5 percent, according to an exit poll by local broadcaster ARD.

The Left Party got 11 percent of the votes and the Social Democratic Party (SPD) got 8.5 percent, according to the poll.

The preliminary result was seen as a great relief for the ruling CDU as polls ahead of the election had predicted AfD was neck-and-neck with CDU, which is currently led by Armin Laschet, the governor of Germany's most populous state North Rhine-Westphalia.

Laschet, 59, is seen by local media as one of the potential successors of Merkel after she announced that she would not seek a fifth term and later stepped down from the CDU leadership in late 2018.