German Chancellor Angela Merkel said Wednesday that the EU-China investment treaty was an "important undertaking" despite "all the difficulties that will certainly arise in the ratification process." 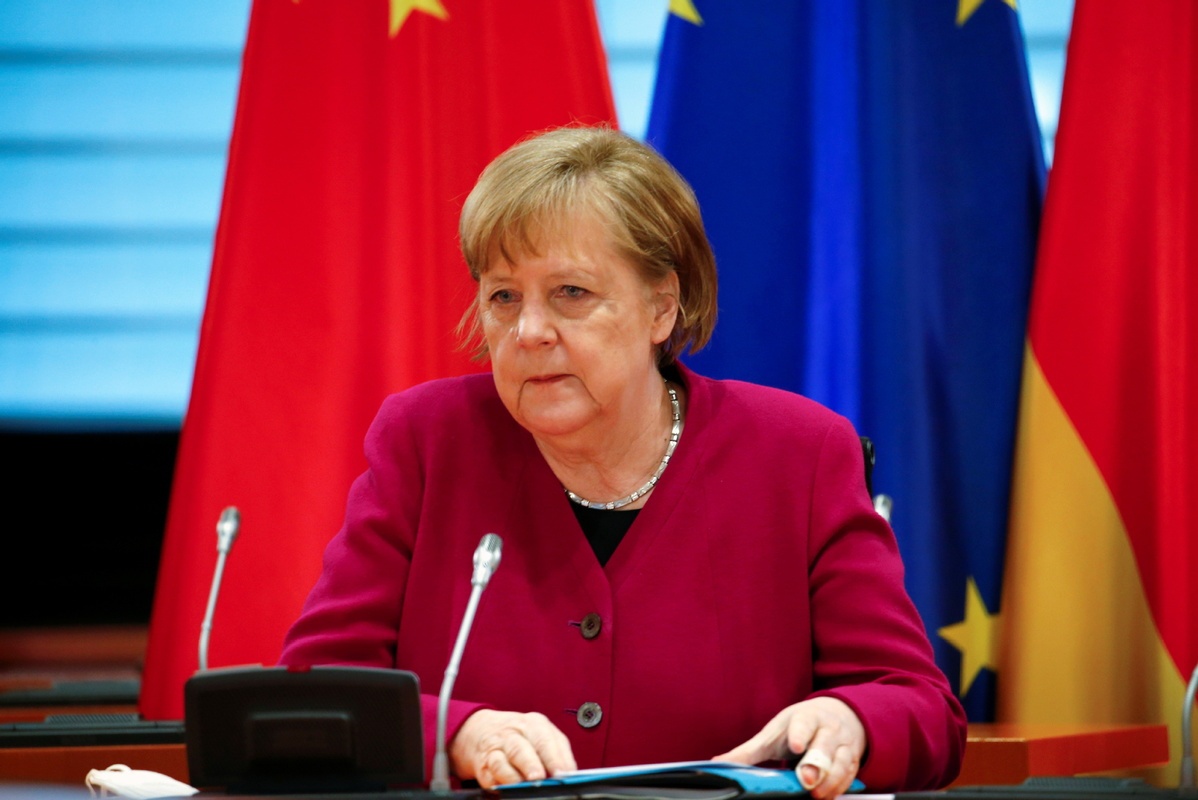 "It is a very important undertaking because it gives us more reciprocity in market access, because we have decided to comply with the labor standards of the International Labor Organization and other things with which trade can be developed to the benefit of both parties," said Merkel at a digital conference of the Union Party parliamentary group.

China and the European Union have in late December reached a major investment agreement, wrapping up seven years of negotiations. Germany made a final push from the EU side as Berlin held the presidency of the Council of the EU in the second half of 2020.

"We will neither be able to cope with climate change nor solve WTO (World Trade Organization) issues or other global issues without or against China," said Merkel.

"The Chinese commitment to climate protection goals and carbon dioxide neutrality in 2060 and the achievement of a peak before 2030 are encouraging signals in terms of multilateralism," she said.