Berlin (People's Daily)- German Chancellor Angela Merkel said she would step down as chancellor at end of term during a press conference on Monday. She made an offer not to stand for Christian Democratic Union (CDU) leader, which she has served for 18 years, following a disappointing result for the party in recent regional elections. 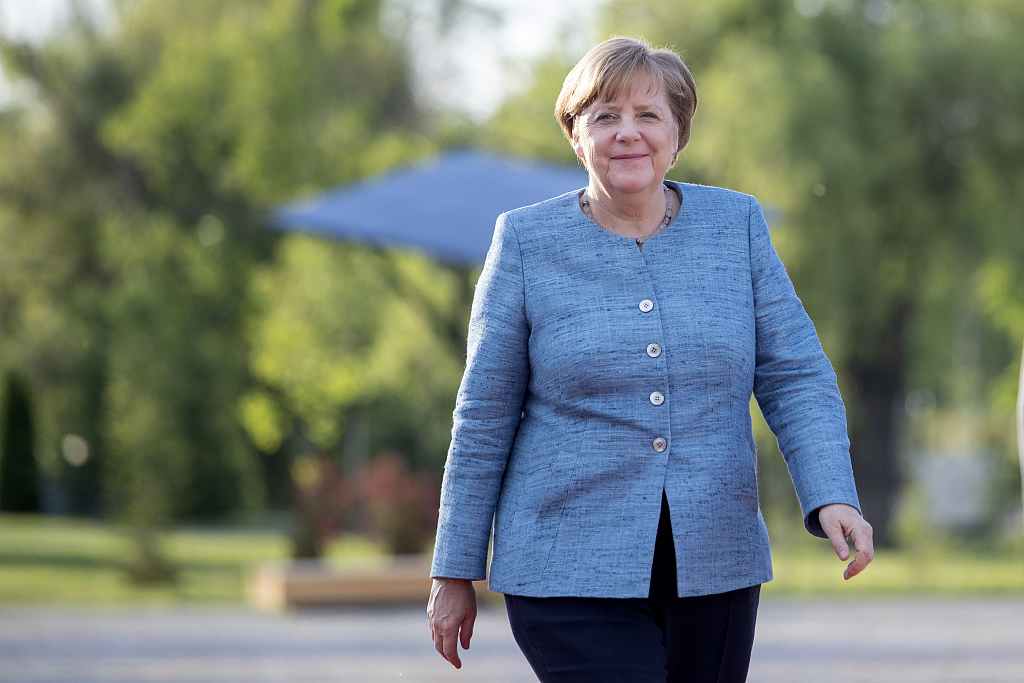 Merkel has traditionally insisted that the roles of party leader and chancellor be occupied by the same person and reiterated this view in a conversation with the newspaper Augsburger Allgemeine as recently as September. The decision was widely interpreted on Monday as a response to a sharp decline in CDU voter support during a closely-watched ballot in the western state of Hesse.

Although the CDU managed to hold on to the first place in the election, its voter share slumped heavily by 11.3 percentage points to 27 percent. The German Social Democrats (SPD), with whom the CDU and CSU form an increasingly unloved "grand coalition" in Berlin, were also severely punished by voters (minus 10.9 percentage points) and came in tied for second place with a surging Green party (plus 8.7) at 19.8 percent. As a consequence, the CDU and Greens held on to a narrow legislative majority which would theoretically enable them to continue governing together in an alliance first formed in 2014.

By contrast, the SPD is seen as highly likely to have to remain on the opposition benches of the Frankfurt regional assembly. The Hesse result was the worst achieved by the party in 72 years in what was once one of its strongholds. Speaking to press on Monday, SPD leader Andrea Nahles blamed the development on infighting in the "grand coalition" which had tarnished the reputation of all parties involved.

Nahles announced that she would draft fresh proposals for a binding roadmap which the federal government would now have to follow. Depending on how much of the projects in question had been implemented, the SPD would then determine whether Merkel's fourth cabinet was "still the right place" for the party to be.

The CDU is scheduled to elect its next leader at an upcoming party conference in Hamburg this December. The German press agency (dpa) reported that Friedrich Merz, a former CDU/Christian Social Union (CSU) parliamentary faction leader, had emerged as a first potential candidate to succeed Merkel.

Meanwhile, leading economic experts warned on Monday that uncertainty created by the Hesse vote about the political survival of the "grand coalition", as well as its long-standing chancellor, could hamper the country's economic prospects.