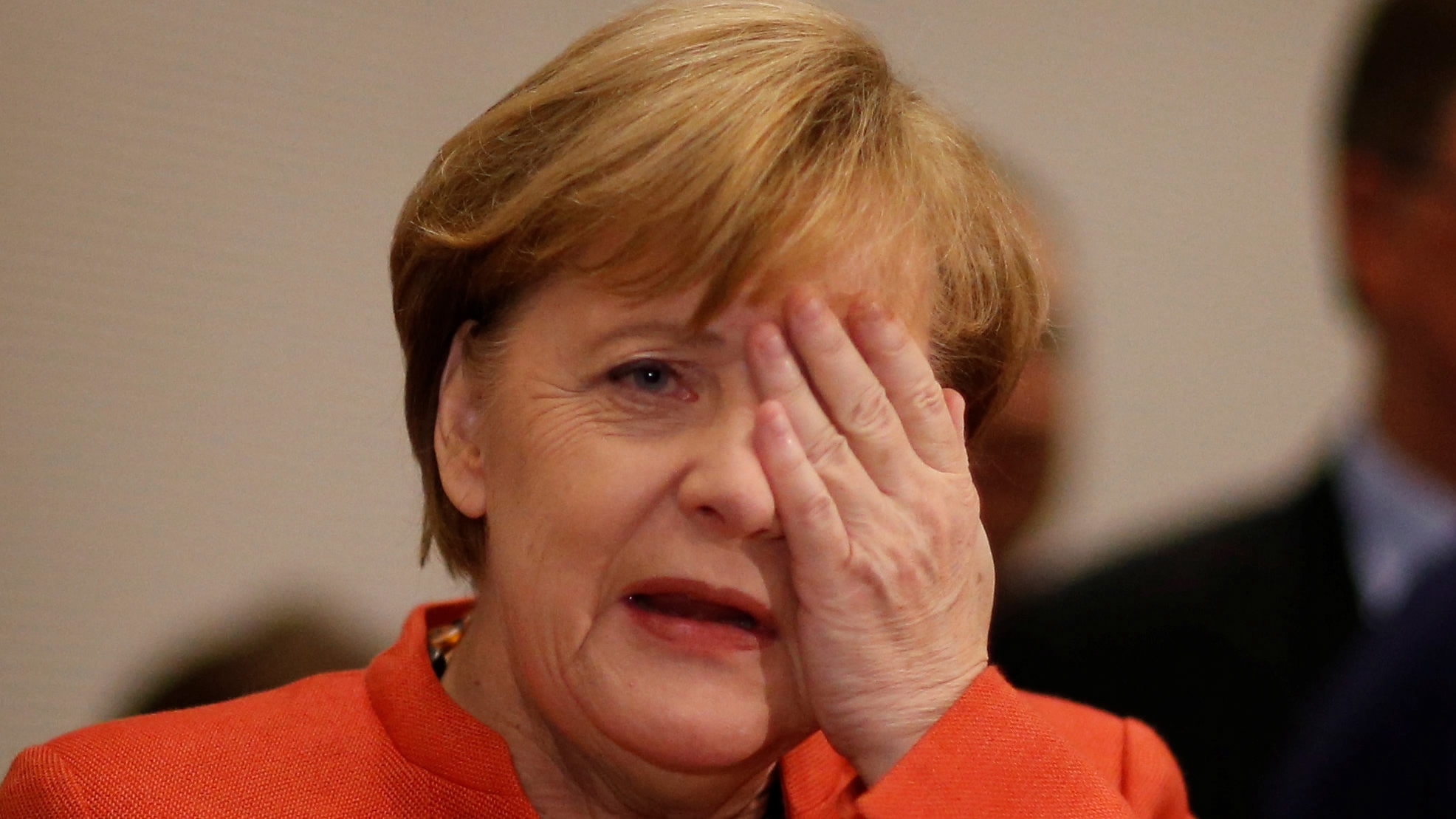 Chancellor Angela Merkel said she would prefer a new election to ruling with a minority after talks on forming a three-way coalition failed overnight, but Germany's president told parties they owed it to voters to try to form a government.

The major obstacle to a three-way deal was immigration, according to Merkel, who was forced into negotiations after bleeding support in the September 24 election to the far right in a backlash at her 2015 decision to let in over 1 million migrants.

The failure of exploratory coalition talks involving her conservative bloc, the liberal pro-business Free Democrats (FDP) and environmentalist Greens raises the prospect of a new election and casts doubt about her future after 12 years in power.
Merkel, 63, said she was skeptical about ruling in a minority government, telling ARD television: "My point of view is that new elections would be the better path." Her plans did not include being chancellor in a minority government, she said after meeting President Frank-Walter Steinmeier.

Steinmeier said Germany was facing the worst governing crisis in the 68-year history of its post-World War Two democracy and pressed all parties in parliament "to serve our country" and try to form a government.

His remarks appeared aimed at the FDP and the Social Democrats (SPD), who on Monday ruled out renewing their "grand coalition" with the conservatives.

"Inside our country, but also outside, in particular in our European neighborhood, there would be concern and a lack of understanding if politicians in the biggest and economically strongest country (in Europe) did not live up to their responsibilities," read a statement from Steinmeier, a former foreign minister who has been thrust center-stage after taking on the usually largely ceremonial head of state role in March.
Steinmeier's intervention suggests he regards a new election - desired by half of Germany's voters according to a poll - as a last resort. The SPD has so far stuck to a pledge after heavy losses in the September election not to go back into a Merkel-led broad coalition of center-left and center-right.

Merkel urged the SPD to reconsider. "I would hope that they consider very intensively if they should take on the responsibility" of governing, she told broadcaster ZDF, adding she saw no reason to resign and her conservative bloc would enter any new election more unified than before.

"If new elections happened, then ... we have to accept that. I'm afraid of nothing," she said.

Business leaders also called for a swift return to talks.