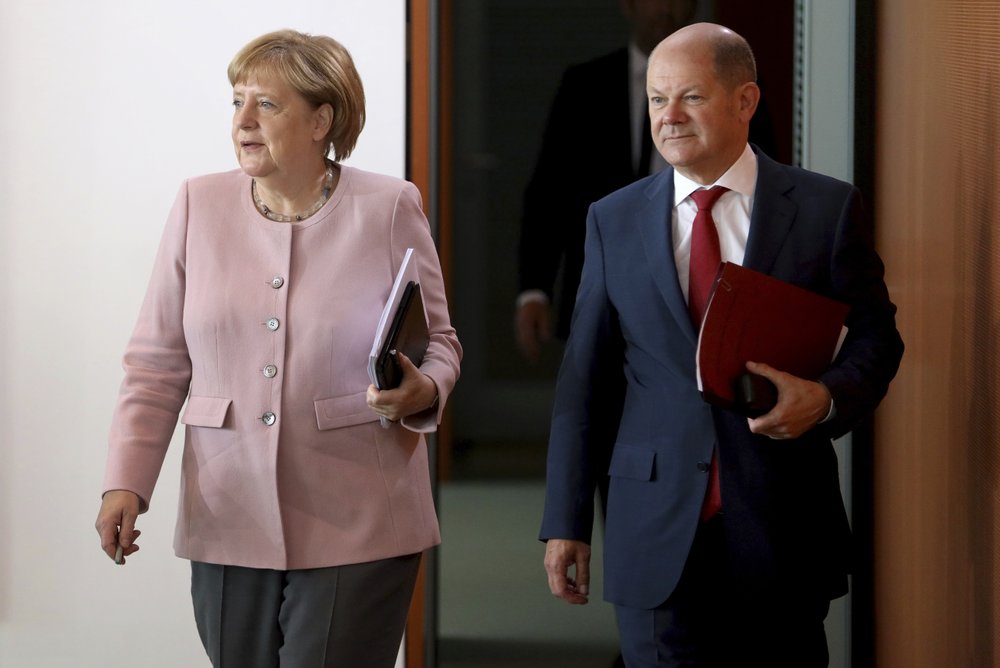 Asked about reports of a possible imminent meeting, Steffen Seibert told reporters that “indeed, a meeting is planned in the very near future.”

Seibert said it “makes sense” to discuss Brexit, the issue that has dominated Britain’s relationship with other European Union countries in recent years.

Johnson wants to renegotiate the agreement his predecessor Theresa May reached with the remaining 27 EU countries, but which the UK Parliament has repeatedly rejected.

“A British exit without a deal would be in nobody’s interest,” Seibert said. “At the same time we have always said that we’re also preparing for the possibility of an exit without a deal, which we don’t want and which is viewed very negatively.”

Johnson has insisted Britain will leave the EU on Oct. 31 with or without a deal, arguing that the “backstop” arrangement to keep goods flowing smoothly between EU member Ireland and Northern Ireland in the UK would bind his country to European trade rules and must be dropped from the Brexit agreement.

“Unfortunately we have received absolutely nothing from London, and of course it’s difficult to negotiate with someone who doesn’t sit at the table constructively,” Gregor Schusterschitz told Austrian public broadcaster ORF.

He noted that any new agreement would still need approval from British lawmakers and this is far from certain.

“The key lies entirely with the British Parliament,” he said. “Only they are in a position to prevent a no-deal Brexit.”