WORLD Merkel to visit Moscow on August 20 amid strained relations

Merkel to visit Moscow on August 20 amid strained relations 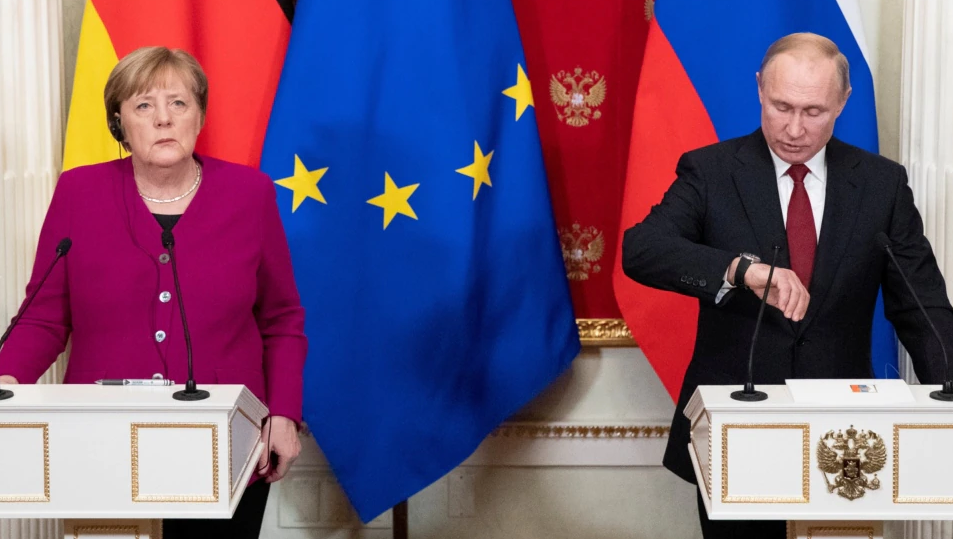 The visit will take place just weeks before Merkel is due to leave office following September 26 elections in Germany and it will also mark her first trip to the Russian capital since January 2020, although telephone consultations between the two leaders have taken place several times since then, including as recently as July 21.

"The parties are expected to discuss the current state of relations and the prospects for cooperation in various areas, as well as to consider several international and regional matters," the Kremlin's announcement read.

The trip comes at a time of strained relations between Russia and Germany, following the August 2020 nerve-agent poisoning of Russian opposition leader Aleksei Navalny, the 2019 assassination in Berlin of a Georgian citizen of Chechen origin that Berlin has blamed on Moscow and a 2015 cyberattack against the German Bundestag.

Germany, France, Ukraine and Russia together comprise the so-called Normandy format, a grouping that tries to resolve the Ukraine crisis under the Minsk deals.
Since April 2014, an armed conflict between Ukrainian government troops and pro-independence insurgents has been underway in east Ukraine's Donbass region. The Minsk agreements, reached in September 2014 and February 2015 respectively, were designed to peacefully end the conflict.

Berlin has been a key ally for Kiev but it has also come under fire over its support for the 10-billion-euro ($12-billion) Nord Stream 2 pipeline that is set to double Russian gas supplies to Germany, Europe's largest economy.

Merkel, who is set to leave office later this year after 16 years in charge, has sought to emphasize to her allies that Ukraine will remain a transit route for natural gas.