BERLIN, Oct. 17 (Xinhua) -- German Chancellor Angela Merkel called on Turkey to stop its military operation in Syria in her speech in the Bundestag, the federal parliament, here on Thursday. 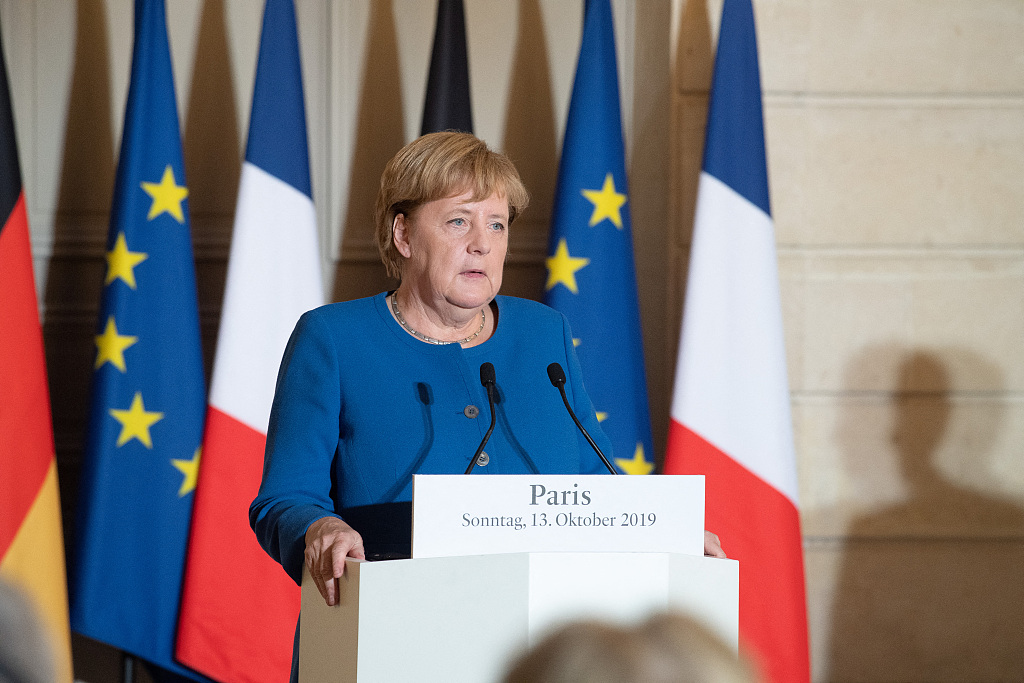 Merkel said that the military offensive in northern Syria "only brings new human suffering" and would cause a "humanitarian drama with great geopolitical consequences."

Under the current conditions, the German government would not supply Turkey with weapons, said Merkel, adding that she was pleased that Germany's European partners shared that view.

The offensive by Turkey would bring new insecurity to both the region and Europe with regard to the terrorist organization Islamic State (IS), Merkel said, warning that previous successes in the fight against the IS, which had been mainly made possible by the Kurds, could be "nullified again."

Turkish security interests at the Syrian--Turkish border "cannot be achieved by military force but only by diplomatic actions," Merkel noted.

Despite all criticism, Merkel continued to support the Turkish--European refugee agreement. Thanks to the financial resources made available by the EU for this purpose, people who had found refuge in Turkey could have a "dignified life" and almost all Syrian children in Turkey could go to school.

"Our relations with Turkey are complex," Merkel acknowledged. Because Turkey is a European neighbor and NATO partner, "the situation there, right on Europe's border, affects us all directly."