Chancellor Angela Merkel vowed on Sunday that Germany's government will push on with its work, even after her junior coalition partner plunged into crisis following the resignation of its party chief. 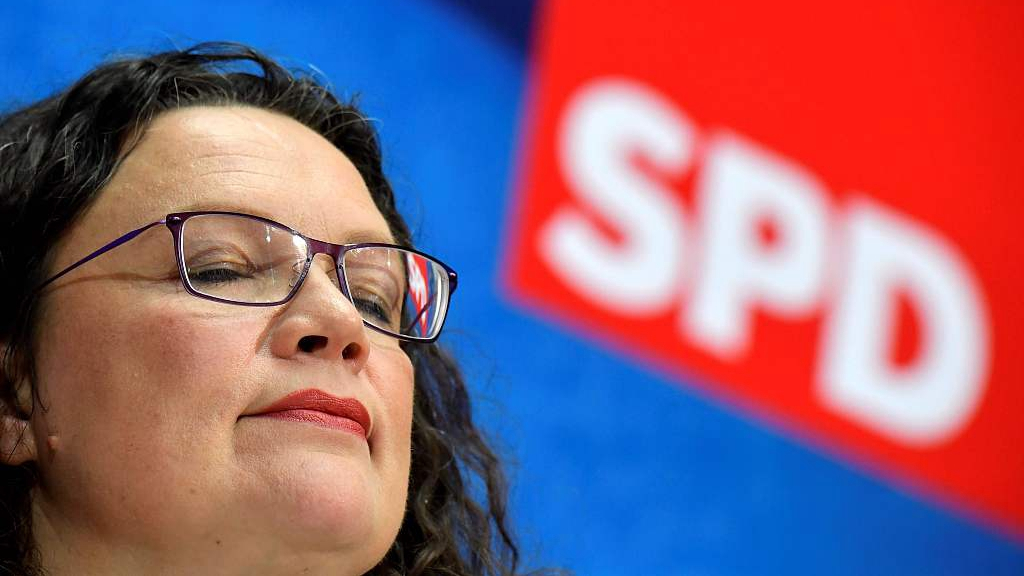 In a shock announcement, Social Democratic Party (SPD) leader Andrea Nahles said she would resign from her party's top job, raising the possibility that Germany's embattled government could collapse.

With the SPD in disarray, Merkel sought to quash speculation over the survival of the uneasy partnership between her center-right CSU-CDU alliance and the center-left SPD.

"What I want to say for the government is that we will continue with our work with all seriousness and with great responsibility," Merkel said in a statement to the press.

Nahles had thrown in the towel after coming under severe criticism over a vote debacle a week ago at European elections, when voters handed her party its worst score in history.

The SPD had initially planned to re-examine its partnership with Merkel's center-right CDU-CSU alliance in the autumn, half-way through their four-year deal. But ahead of a planned leadership vote on Tuesday, Nahles, 48, said she would step down, even though no challenger has so far emerged for her job.

"The discussions in the parliamentary group and the broad feedback from the party showed me that the support necessary for the exercise of my offices is no longer there," said Nahles in a statement.

Harald Christ, deputy chief of the SPD's economy forum, said Nahles's decision had put the future of the coalition in serious doubt. "To all those who are happy today: it is a great loss for German politics. Nahles stands for the existence of the GroKo – whose stability is now in question," he told Bild daily, using the German short-form for grand coalition.

Nahles' bombshell came as more bad news for Merkel's CDU, which was itself scrambling to retain voters, after it too scored a record low in the European elections.

CDU party chief Annegret Kramp-Karrenbauer has struggled to put down an online youth revolt against the party, raising questions as to whether she is the best person for Germany's top job when Merkel leaves the political stage in 2021. 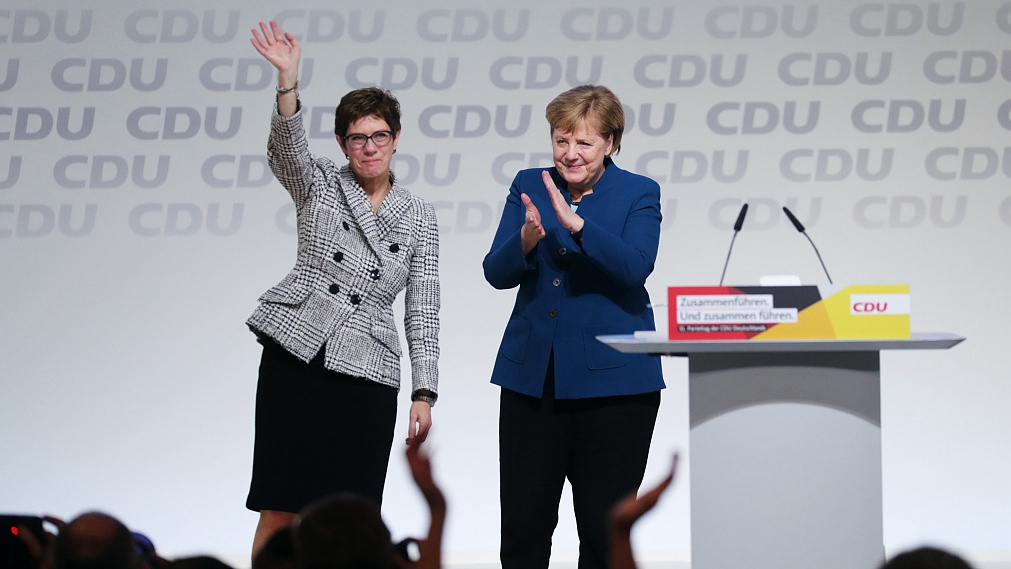 The far-right AfD said the government was already disintegrating. "Not only is the SPD dissolving, the GroKo too is walking the political stage only as one of the undead," wrote the co-leader of the AfD's group in parliament, Alice Weidel, on Twitter.

Some newspapers reached similar conclusions. Bild daily noted that "the SPD is bleeding to death. The GroKo too." And the Sueddeutsche daily predicted that "the coalition has come to an end."

"The Social Democrats have just defeated the woman who with great effort brought the alliance together. What's the point now then of continuing to torment themselves with this?"

The alliance between Merkel's Christian Democrats and the SPD was fragile from the start. Stung by an election beating in 2017, the SPD had initially sought to go into opposition.

But it was reluctantly coaxed into renewing a partnership with Merkel, even as many within the party remained wary of continuing to govern in her shadow.

After former EU parliament chief Martin Schulz's failed attempt at reversing the fortunes of the party, the SPD in April 2018 turned to Nahles, picking her as its first female leader. But the free-fall in the SPD's ratings could not be halted.

After last Sunday's European election drubbing, the party has been staring at the prospect of another rout in three upcoming state polls in Saxony, Brandenburg and Thuringia, where the far-right AfD is poised to make significant gains.

With its anti-immigration campaign, the AfD in 2017 drew voters angry with Merkel's decision to let in more than a million asylum seekers into Germany.

But it is now the Greens which may have become the biggest headache for the SPD. While sharing the center-left position on the political spectrum, the Greens are proving more attractive to young voters because of their environmental platform.

In a national survey released on Saturday, the Greens came top for the first time – enjoying more support than Merkel's CDU-CSU alliance. They had a lead over the SPD of around 15 percentage points.