Chancellor Angela Merkel says Germany has to be more vigilant when it comes to nationalist movements across Europe because of the country's Nazi past. 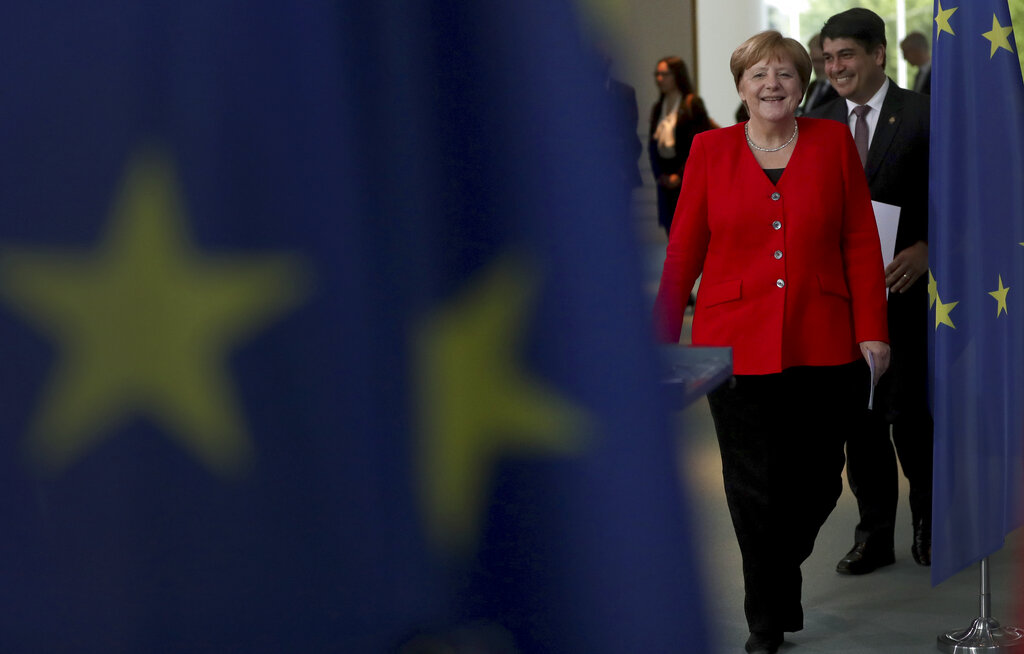 German Chancellor Angela Merkel, front, and the president of Costa Rica, Carlos Alvarado Quesada, rear, arrive for a joint statement prior to a meeting at the Chancellery in Berlin, Germany, Monday, May 27, 2019. (Photo: AP)

Merkel, who was interviewed by CNN's Christiane Amanpour in Berlin, said in excerpts released Tuesday that Germany has to face up to populists who are finding mainstream support and recount "what history has brought."

Referring to populist parties across the continent that were boosted by European Parliament elections on the weekend that, Merkel said, "in Germany, obviously, they always have to be seen in a certain context, in the context of our past, which means we have to be that much more vigilant than others."

Merkel, speaking Monday, also condemned the rise of anti-Semitism in the country, saying Germany "always had a certain number of anti-Semites among us, unfortunately."