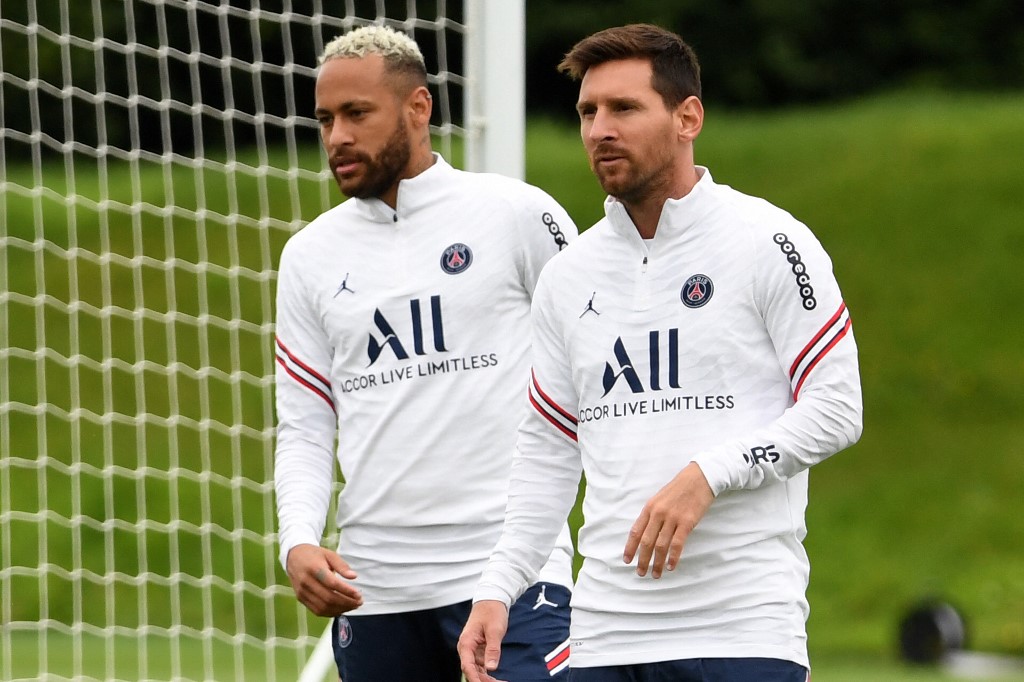 Argentina's captain grabbed a brilliant hat-trick in his team's 3-0 defeat of Bolivia while Neymar scored one goal and set up another as Brazil overcame Peru 2-0.

Messi was in sparkling form in front of 21,000 fans at the Monumental stadium in Buenos Aires as he equaled and then surpassed Brazil legend Pele as South America's highest scorer in international football.

The former Barcelona forward gave the hosts the lead in the 14th minute by nutmegging Luis Haquin and curling a sublime 25-yard effort into the top left corner.

Messi doubled his tally just after the hour, twice exchanging passes with Lautaro Martinez before dribbling around Jairo Quinteros and drilling an unstoppable shot past goalkeeper Carlos Lampe.

The third goal came two minutes from time when the ball bounced fortuitously into his path after Lampe parried away Joaquin Correa's long-range attempt. The Albiceleste No. 10 was on hand to duly send a first-time effort into an unguarded net.

Messi has now scored 79 times in 153 matches for Argentina, surpassing Pele's mark of 77 goals in 92 games.

"I was very anxious and I really wanted to enjoy it," Messi said of the partial reopening of Argentina's stadiums after an 18-month coronavirus ban on fans.

When asked about the scoring record, the 34-year-old politely pointed out that individual awards were "secondary" to him.

Argentina remain second in the 10-team South American group with 18 points from eight qualifiers while Bolivia have six points from nine outings.

In the northeastern Brazilian city of Recife, Neymar was in fine form as Brazil kept their perfect qualifying record intact.

Everton Ribeiro was on target for the second straight match, slotting home a first-time effort after Neymar dispossessed Anderson Santamaria and provided an inch-perfect cross from the left side of the penalty area.

The hosts' second goal came just before halftime, with Ribeiro and Neymar again the creators. The Flamengo midfielder's long-range shot rebounded off the hapless Santamaria and fell at the feet of the PSG attacker, who tapped in at the far post.

"I'm happy to have this record. It's an honor, but the most important thing today was the win," Neymar told television reporters after the match.

The result at Pernambuco Arena means Brazil now have eight wins from as many qualifiers as they move to within touching distance of a place in football's showpiece tournament.

"It's another good result and our winning sequence continues but we haven't mathematically qualified yet," midfielder Casemiro said. "We have to continue to work hard but we know that we're on the right track."

In other qualifiers on Thursday, Colombia beat Chile 3-1 in Barranquilla, Paraguay overcome Venezuela 2-1 in Asuncion and Uruguay clinched a 1-0 home win over Ecuador.