Argentina forward Lionel Messi, who left Barcelona after 21 years last week, has signed a two-year contract with Paris Saint-Germain, with the option of an additional year, the French club announced on Tuesday. 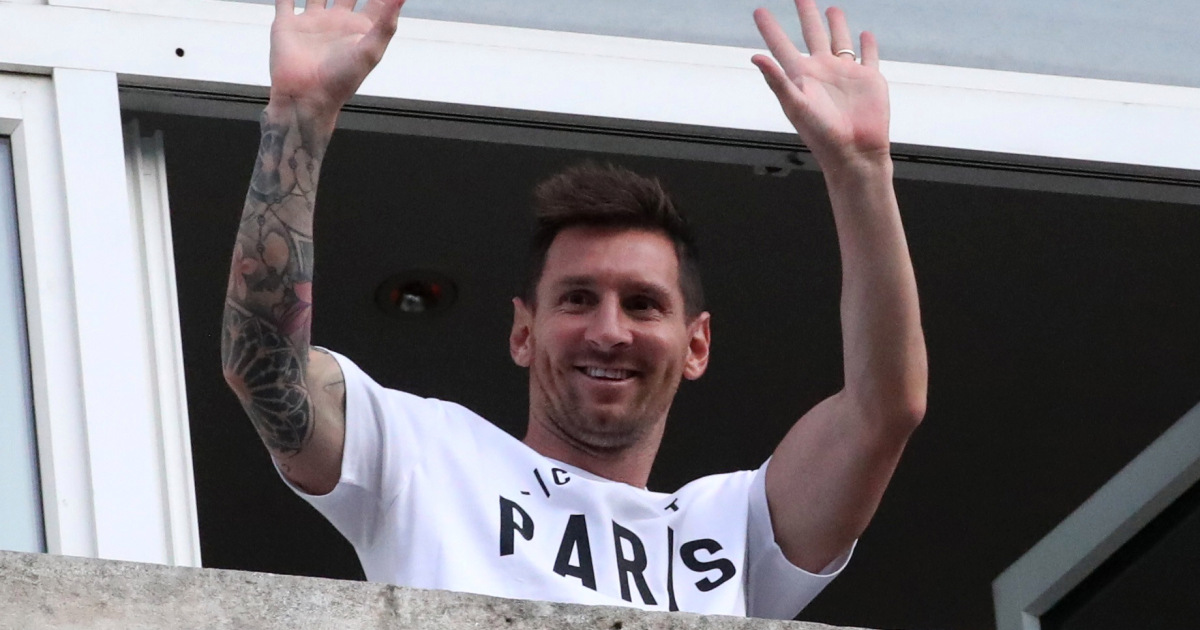 Messi, 34, will wear the number 30, the number he had when he began his professional career at Barca, and is set to be unveiled by PSG at a press conference they have called for 11:00 am (0900 GMT) Wednesday.

"I am excited to begin a new chapter of my career at Paris Saint-Germain," he said in a statement on the club's website.

"Everything about the club matches my football ambitions," Messi, who was given a hero's welcome by the PSG fans when he arrived in the French capital on Tuesday, added.

"I know how talented the squad and the coaching staff are here.

"I am determined to help build something special for the club and the fans, and I am looking forward to stepping out onto the pitch at the Parc des Princes."

Messi, who was a free agent after his shock departure from boyhood club Barcelona last week, landed at Le Bourget airport to the north of Paris on Tuesday afternoon.

There he was greeted by hundreds of PSG supporters who had gathered hoping to catch a glimpse of their new signing.

Those fans also gathered outside the club's Parc des Princes home and near a plush hotel in the city where Messi along with wife Antonella and their three children are expected to be staying.

Messi waved to crowds while sporting a Paris t-shirt on his arrival at the airport before being taken for his medical.

Messi's father Jorge, who is also his agent, had earlier confirmed the inevitable as he arrived at Barcelona's El Prat airport to board a flight to France.

Asked by reporters if his son would sign for the French club, he replied: "Yes".

The completion of his move closes a whirlwind few days following the announcement last Thursday that he would leave Barcelona, the club he has represented for the entirety of his 17-year professional career.

PSG's move for Messi had been an open secret for days, although reports in Spain on Monday night talked of a "final offer" by Barcelona to try to keep the player.

Qatar-backed PSG see Messi as the missing piece in their jigsaw as they chase the Champions League, the trophy they want more than anything else.

"Back together," Neymar, who played with Messi at Barcelona before moving to PSG in 2017, posted on Twitter.

Barcelona are still coming to terms with the departure of their greatest ever player, who said goodbye to his club of two decades at a tearful news conference on Sunday.

Despite offering to cut his salary by half to seal a new five-year contract with the Catalans, the deal foundered on Spanish league salary cap rules.

Barcelona, carrying debts of 1.2 billion euros ($1.41 billion), are unable to register new signings because of their financial predicament.

With Abu Dhabi-owned Manchester City having ruled themselves out, PSG were about the only club who could afford what is expected to be a deal worth 35 million euros ($41 million) a year.

He leaves Barcelona with 672 goals in 778 appearances, a record tally for one club.

Messi won 35 trophies at the Camp Nou after joining Barca aged 13, but his last appearance was a damp squib: a 2-1 home defeat behind closed doors against Celta Vigo in May.

"It will be difficult to see him in another shirt than that of Barca," Messi's old Barcelona team-mate Andres Iniesta, now playing in Japan, told AFP in an interview on Tuesday.

"As a player he just transcended everything. I've not seen a player like him -- and I don't think I ever will. You look at what he did and for so long..."

They have also signed Georginio Wijnaldum from Liverpool, snatching the Netherlands' midfielder from under the noses of Barcelona, and spent 60 million euros on Inter Milan right-back Achraf Hakimi, who scored on his PSG league debut at the weekend.

Messi could be unveiled to supporters on Saturday, when PSG host Strasbourg and a full house of nearly 48,000 will be allowed in for the first time since the coronavirus pandemic struck 18 months ago.

However he is unlikely to make his debut until later this month at the earliest.