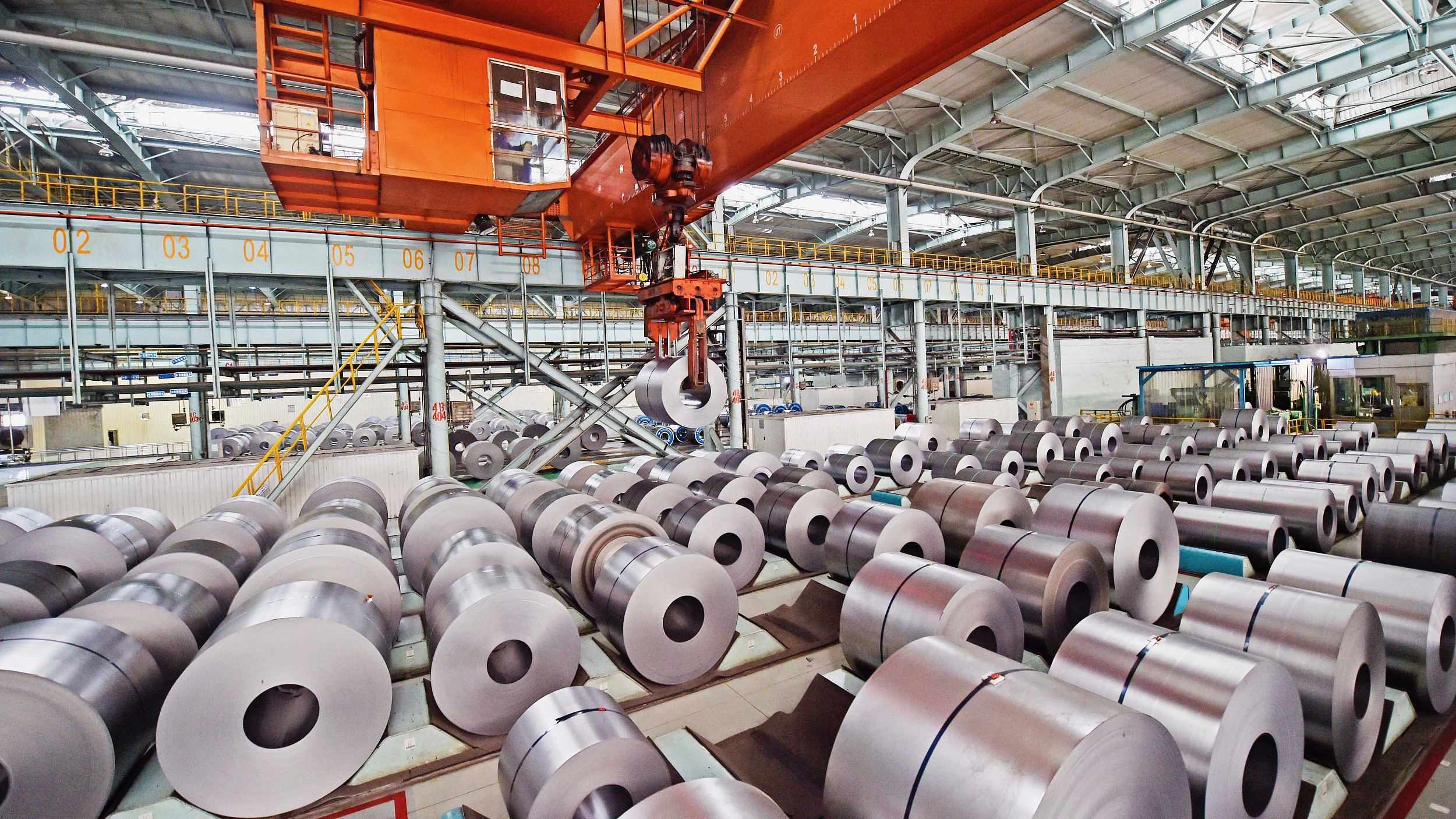 Steel industries in Mexico and Canada are urging leaders to resolve NAFTA issues with the US. (Photo: CGTN)

The steel industries of Mexico and Canada on Tuesday urged their governments to resolve a tariff dispute with the United States before signing a new trilateral trade deal that was unveiled this week.

In late May, the Trump administration announced tariffs of 25 percent on steel imports and 10 percent on aluminum imports, prompting quick retaliation from top trading partners including Canada and Mexico.

Late on Sunday, the US and Canada reached a deal to overhaul the North American Free Trade Agreement (NAFTA), complementing an accord the Trump administration brokered with Mexico, the third member of NAFTA, in late August.

Mexican steel producers association Canacero welcomed the new trade pact, called the United States-Mexico-Canada Agreement (USMCA), but said it viewed "with concern" the ongoing steel dispute and the "serious situation" it created for the industry.

US President Donald Trump said on Tuesday that US steel and aluminum tariffs would remain in place for Canada and Mexico until they "can do something different like quotas, perhaps."

In a statement, Canacero said it supported efforts to find a solution to the impasse before the leaders of Mexico, the US and Canada signed USMCA, which officials say could happen at a G20 summit at the end of November.

If no solution can be found, Mexico should put tariffs on US steel to level the playing field, Canacero said.

Mexico has already slapped tariffs on US pork, bourbon, motor boats and other products. Canada has levied tariffs on a range of US imports, including steel and aluminum.

Joseph Galimberti, president of the Canadian Steel Producers Association, said he expected Canada's government to continue to support the industry after the USMCA breakthrough.

"There is clearly an opportunity to constructively engage the US between the achievement of a deal in principle and the ratification or signature of that deal," he said.

Canada is the top exporter of steel and aluminum to the US. The United Steelworkers of Canada adopted a less conciliatory tone after the new trade deal was announced, calling it a "sell-out" for Canadian workers.

Mexican officials have said they hope the steel and aluminum dispute can be resolved before USMCA is signed.

Since the tariff row broke out, Mexican steel exports to the US had fallen 30 percent on average, Canacero said.