WORLD Mexican ex-security chief charged in US in drug conspiracy

Mexican ex-security chief charged in US in drug conspiracy 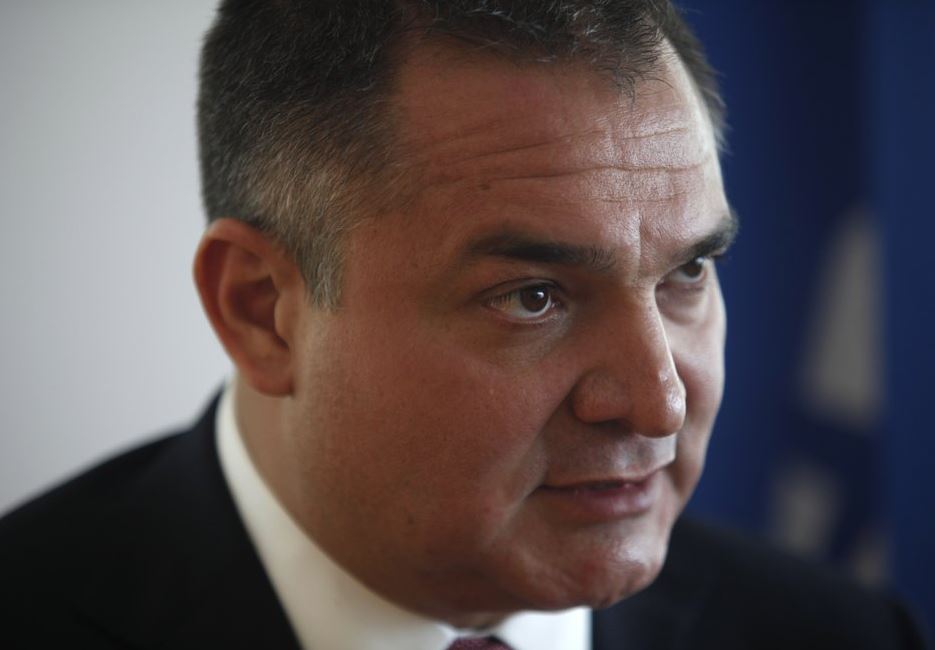 Mexico's then Federal Secretary of Public Safety, Genaro Garcia Luna speaks during an interview with the Associated Press in Mexico City in 2009. (File photo: AP)

A man who served as secretary of public security in Mexico from 2006 to 2012 has been indicted in New York City on drug charges alleging he accepted millions of dollars in bribes to let the Sinaloa cartel operate with impunity in Mexico.

Genaro Garcia Luna, 51, a resident of Florida, was charged in Brooklyn federal court with three counts of cocaine trafficking conspiracy and a false statements charge, authorities said in a release.

Garcia Luna was arrested Monday by federal agents in Dallas. Prosecutors in Brooklyn said they will seek his removal to New York. The arrest and charges were announced Tuesday.

US Attorney Richard P. Donoghue said Garcia Luna took millions of dollars in bribes from the former leader of the Sinaloa cartel, Joaquin “El Chapo” Guzman, “while he controlled Mexico’s federal police force and was responsible for ensuring public safety in Mexico.”

“Today’s arrest demonstrates our resolve to bring to justice those who help cartels inflict devastating harm on the United States and Mexico, regardless of the positions they held while committing their crimes,” he said.

Garcia Luna received millions of dollars in bribes from 2001 to 2012 while he occupied high-ranking law enforcement positions in the Mexican government, authorities said.

They said the bribes paid to Garcia Luna cleared the way for the Sinaloa cartel to safely ship multi-ton quantities of cocaine and other drugs into the United States while getting sensitive law enforcement information about investigations and information about rival drug cartels.

There was no immediate comment from representatives for Garcia Luna.

Garcia Luna was once seen as a powerful ally in the American effort to thwart Mexican cartels from flooding the US market with cocaine and other illegal drugs. But he had also previously come under suspicion of taking bribes.

The cash was delivered during two meetings at a restaurant in Mexico between the start of 2005 and the end of 2007, he said.