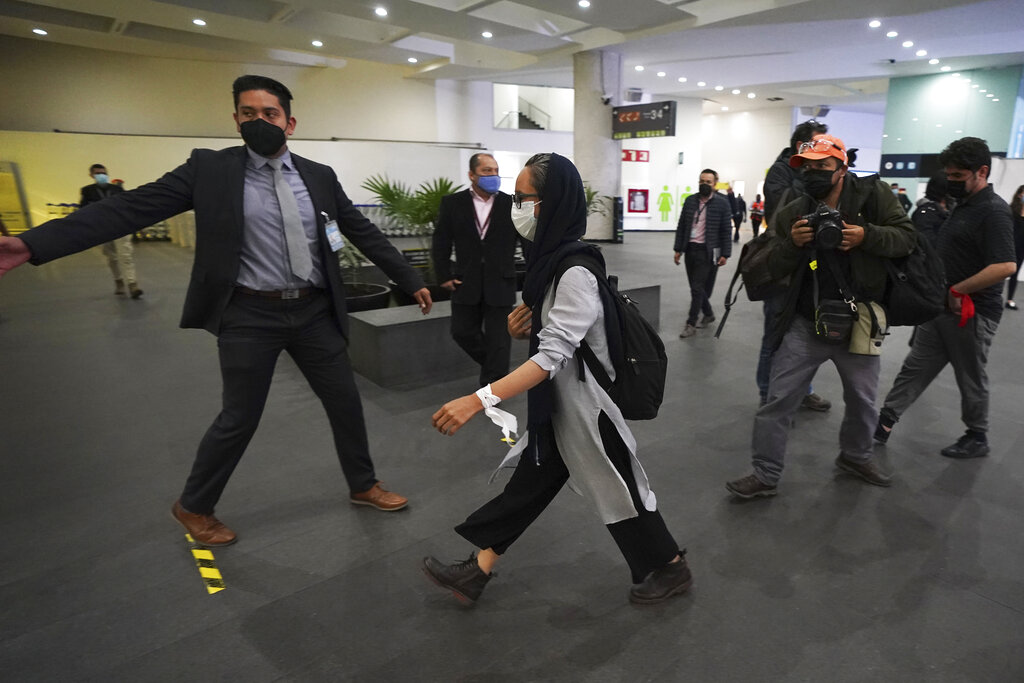 An Afghan journalist refugee, center, arrives to Benito Juarez International Airport with a group of Afghan colleagues in Mexico City, Wednesday, Aug. 25, 2021, as part of evacuations from Afghanistan for people fleeing the Taliban takeover as the U.S. pulls out. (Photo: AP)

"In keeping with Mexico's tradition in favor of refuge," the Latin American country "has decided to support requests of a humanitarian nature -- refuge, asylum, humanitarian visa -- for people in Afghanistan," said Ebrard.

The official was on hand early Wednesday when some 130 Afghans, mainly media workers who applied for humanitarian visas and their families, arrived at the Mexico City International Airport, following a 20-hour flight aboard a Qatar Air Force plane.

While all lives are important, this group "represents many values associated with freedom of the press and freedom of information," said Ebrard.

A day earlier, Mexico received a small group of female students in a bid to support women and young girls from Afghanistan.