WORLD Mexican journalist killed at home near US border, 3rd this year

Mexican journalist killed at home near US border, 3rd this year 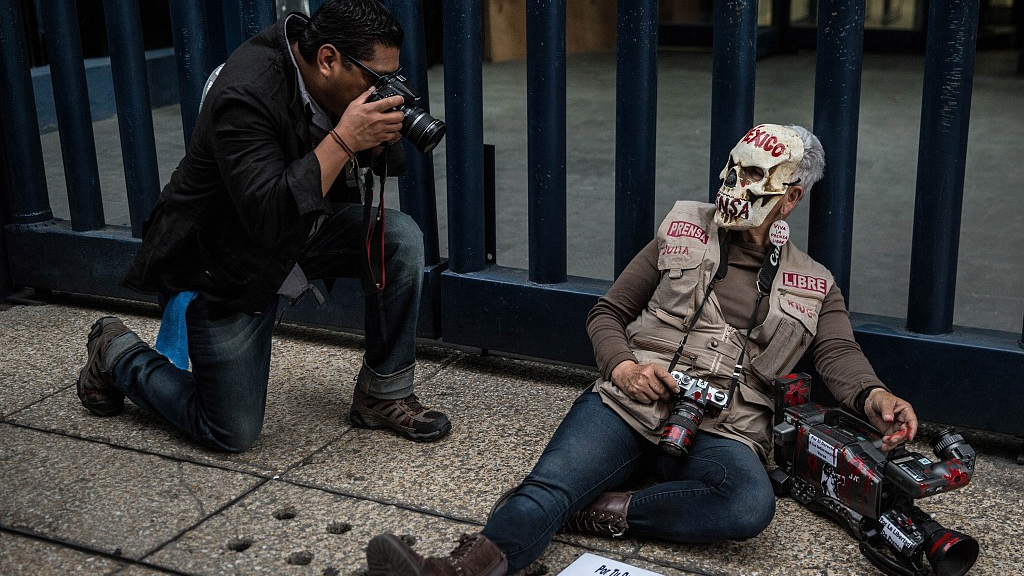 A journalist takes a picture of a masked woman during a protest against the murder of the correspondent Miroslava Breach of "La Jornada" newspaper, in Mexico City, March 25, 2017. (Photo: VCG)

A Mexican journalist shot dead at his home has become the third newsman killed so far this year in Mexico, authorities said Saturday.

Santiago Barroso, 47, was shot multiple times after an unknown assailant knocked on his front door, the state prosecutor's office said in a statement. He was pronounced dead later at a hospital.

Barroso worked as a multimedia journalist in the border town of San Luis Rio Colorado, about 20 miles (32 km) southwest of Yuma, Arizona on the U.S. side. He was the host of a local radio show, director of the news website Red 563 and a contributor to weekly newspaper Contrasena.

Local media have reported that Barroso was working on stories about drug trafficking in his town, while it was unclear if his killing was linked to his work.

On February 9, a radio journalist was shot dead in Tabasco state, east of Mexico City, after a community radio station director was murdered in the northern state of Baja California Sur early in the year.

"I regret the cowardly attack in which journalist Santiago Barroso was killed," said Santos Gonzalez, mayor of San Luis Rio Colorado, the town where the journalist lived, in Sonora state which borders the United States.

The spokesman for the Mexican president's office, Jesus Ramirez, voiced "outrage at this attack on free speech."

The killing of Santiago Barroso adds to a toll of more than 100 media workers murdered in the country over the last seven years, coinciding with Paris-based Reporters Without Borders (RSF) asking the International Criminal Court to investigate the murders of 102 journalists in Mexico from 2012 to 2018, calling the rash of killings a crime against humanity.