Three years ago, Julieta Guzman kissed her only son on the forehead as he headed over to his girlfriend’s house, just a few blocks away in the town of Chilapa, where drug gangs fighting over heroin production have plunged into a vortex of violence. 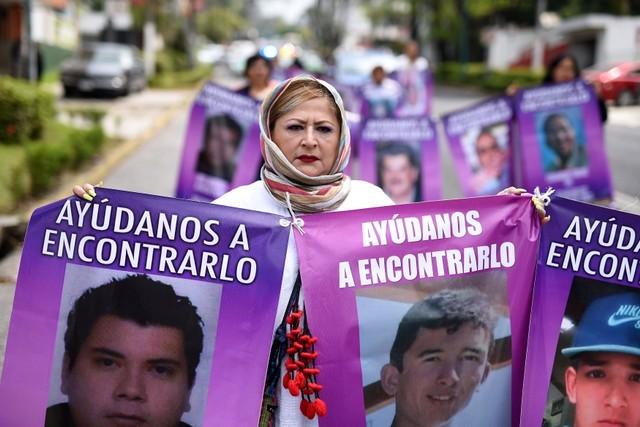 A woman holds banners with pictures of missing persons during a march to mark Women's Day in Xalapa, in the state of Veracruz, Mexico May 10, 2018. (Photo: Reuters)

The 21-year-old promised to come back later that afternoon to continue celebrating Mother’s Day, but he never returned. Guzman has not stopped looking for him.

In Mexico, Mother’s Day is celebrated on May 10 and it is a near-national holiday, where many businesses let employees leave at midday and restaurants overflow with families honoring their matriarchs.

But in Chilapa, one of the deadliest towns in Mexico’s most murderous state of Guerrero, Guzman joined dozens of other mothers at a mass in the center of town to remember their missing children who are likely victims of the organized crime that plagues Mexico. 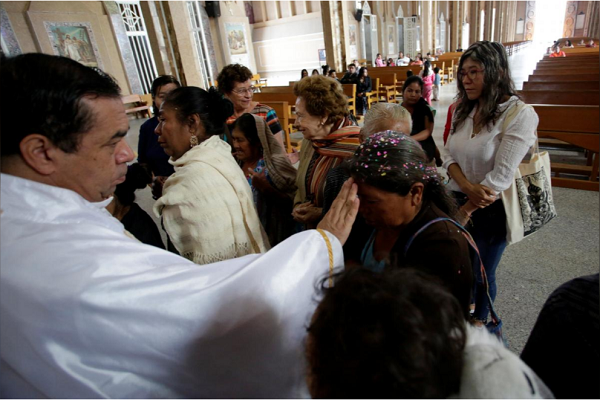 Priest Tomas Martinez blesses women whose relatives are missing during a Mass for mothers of missing persons on Mother's Day in Chilapa de Alvarez, in the state of Guerrero, Mexico May 10, 2018.

“For moms who have a missing person there is no May 10,” said Guzman, a 53-year-old housewife. “There is no party.”

“How is it possible that our children were taken away from us? Although time passes, the pain will not disappear,“ she added, before breaking down in tears.

In Mexico City, hundreds of Mexican and Central American mothers will march to demand the government uncover the truth of what happened to their missing relatives, and deliver justice.

At least 157 people are missing in Chilapa and some 34,000 throughout the country, human rights groups have said, although the figures could be higher since many families are afraid to report cases, fearing reprisals.

Guzman was one of those who initially did not report the disappearance of her son out of fear. 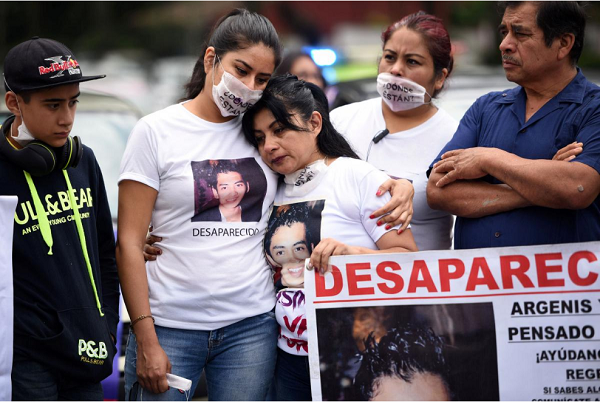 She does not know who took her son, but Guzman said friends and family told her that he was abducted by one of the region’s armed militias of civilians.

Such groups arose in Mexico’s poor south during the last six years to defend communities from drug gangs, but many have ended up in collusion with them, locals and authorities said.

The rise of smaller, more bloodthirsty gangs producing and smuggling heroin to feed an opioid epidemic in the United States has made Chilapa one of the most violent municipalities in the country.

Gangs are battling over the territory where opium poppies are grown to make the heroin that has flooded US streets.

Ramon Navarrete, president of Guerrero’s human rights commission, said at a conference in Chilapa on Wednesday that the lack of action by authorities to find missing people have pushed many families to seek their loved ones themselves.

The commission is accompanying relatives in Chilapa on Thursday to launch a new round searches for missing relatives.

Groups of family members, forensic anthropologists and volunteers probed the earth for signs of mass graves in isolated areas around Chilapa.

“It is a very sad task we join them in,” Navarrete said. “It is fair to say that they do not have the support of the government.”