MEXICO CITY, Nov. 11 (Xinhua) -- A senior official from a leading farm state in Mexico said Sunday that the country should work to boost its agrifood exports to Asia. 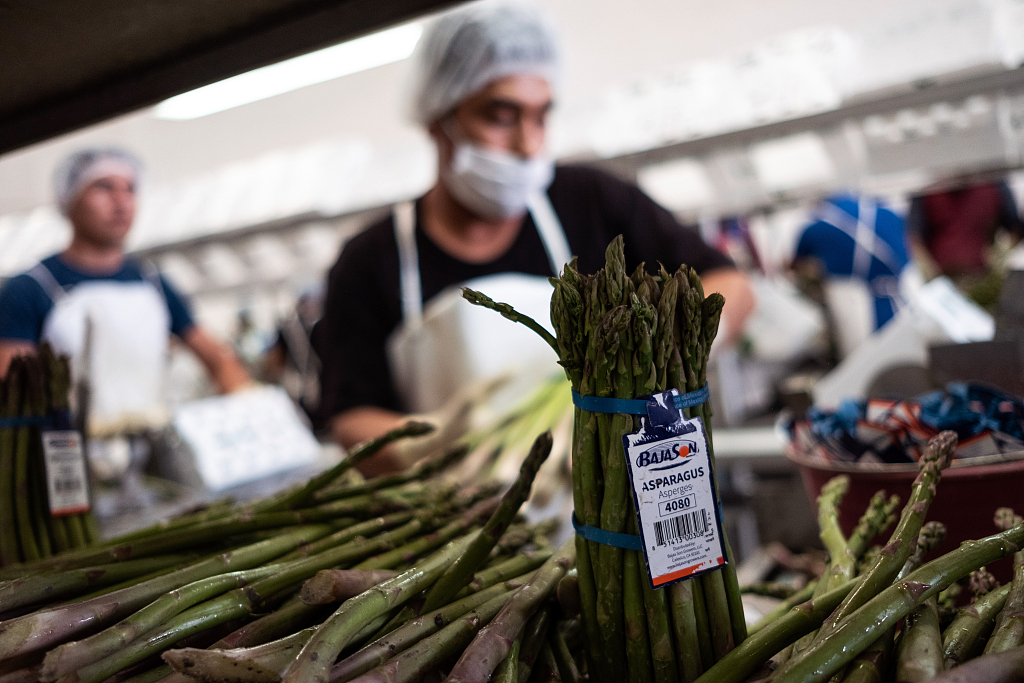 A Baja Son Growers LLC label is secured on an asparagus bunch at a packing facility in San Luis de la Paz, Guanajuato state, Mexico, on Wednesday, Aug. 15, 2018. Mexico is the biggest exporter of asparagus in the world. (Photo: VCG)

In recent months, there has been an uptick in sales abroad, mainly to Japan and South Korea, as well as Turkey and the United Arab Emirates, said Padilla.

Mexico buys cinnamon and pepper from Asia, while exporting mostly pork, avocados and beer, which represent 52 percent of sales to the region.

Jalisco supplies some 17 percent of the country's agrifood exports.