Mexican president calls for cooperation in fight against fuel theft 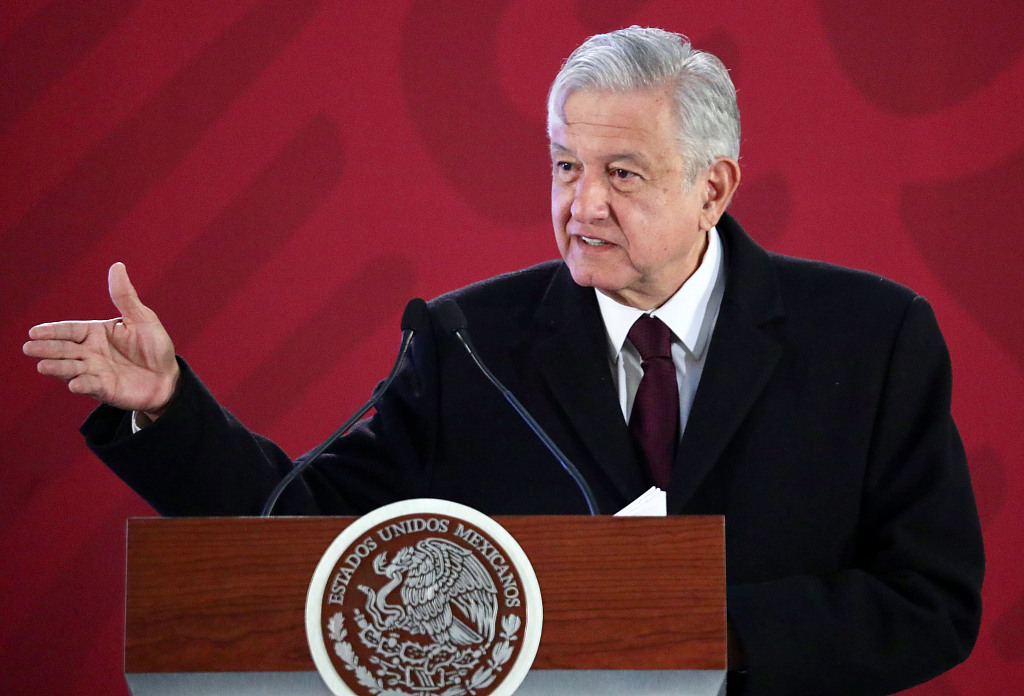 "The distribution (system) is changing and that has caused delays," he said. The changes are affecting some of Mexico's largest cities, including the capital.

The temporary shortage at some gas stations led to speculation that Mexico has run out of fuel, but the president assured Mexicans that's not the case.

"There is enough gasoline, but we can't use the pipelines because alternative networks were created for stealing," he said, underscoring the extent of the problem.

For years, criminal rings and corrupt employees of the state oil company Pemex siphoned off millions of liters of fuel to sell on the black market, a crime that became even more rampant in recent months as prices were liberalized.

Lopez Obrador, who took office on Dec. 1, has been working to crack down on fuel theft and to control the supply chain from refineries to gas stations. But supplies to some pipelines have been interrupted.

The plan has already saved the government 2.5 billion pesos (130 million U.S. dollars) in the past three weeks, according to Pemex.

"It would be easy to open the pipelines and ... accept the theft (but) we are going to resist all pressure" in order to tackle the problem, said Lopez Obrador.

In 2018, the crime resulted in the loss of 3 billion dollars, government figures show.