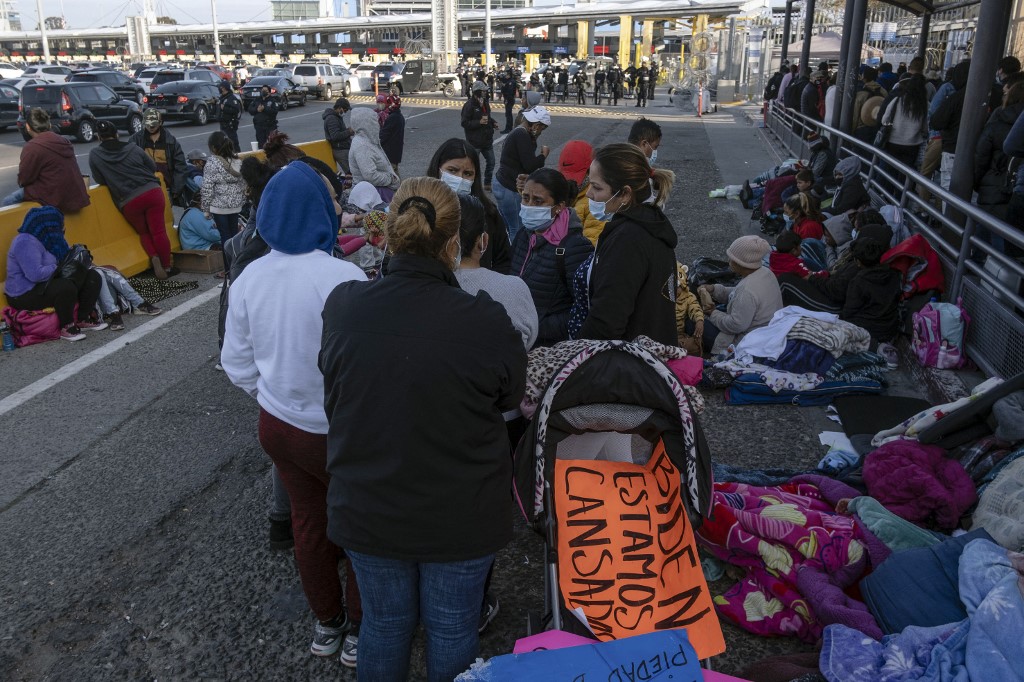 Migrants and asylum seekers are seen after spending the night in one of the car lanes off the San Ysidro Crossing Port on the Mexican side of the US-Mexico border in Tijuana, Baja California state, Mexico on April 24, 2021. (Photo: AFP)

MEXICO CITY, Sept. 9 (Xinhua) -- A letter from Mexican President Andres Manuel Lopez Obrador to U.S. President Joe Biden that raised the need for a new strategy to deal with waves of undocumented migrants was delivered on Thursday, according to Mexico's Foreign Ministry.

The letter was delivered by Mexican Foreign Minister Marcelo Ebrard during a bilateral meeting with U.S. Secretary of State Antony Blinken at the White House, prior to the resumption of the U.S.-Mexico High Level Economic Dialogue after five years of suspension, the ministry said in a press release.

In the letter, Lopez Obrador highlighted "the need for a new approach to the phenomenon of Central American migration," saying that he is "in favor of an approach that prioritizes development and opportunities" in regions that are the source of mass migration.

The ministry added that both sides "reaffirmed their willingness to strengthen cooperation on the main issues of bilateral relationship" in the meeting.

The Mexican delegation stressed the importance of moving toward reopening the U.S.-Mexico border to benefit trade and productive activities, while protecting the health of people in both countries amid the COVID-19 pandemic, it said.