Mexicans jumping in jubilation on Sunday shook the ground hard enough to set off earthquake detectors and throngs danced in the streets after their team scored a surprise victory over World Cup defending champion Germany. 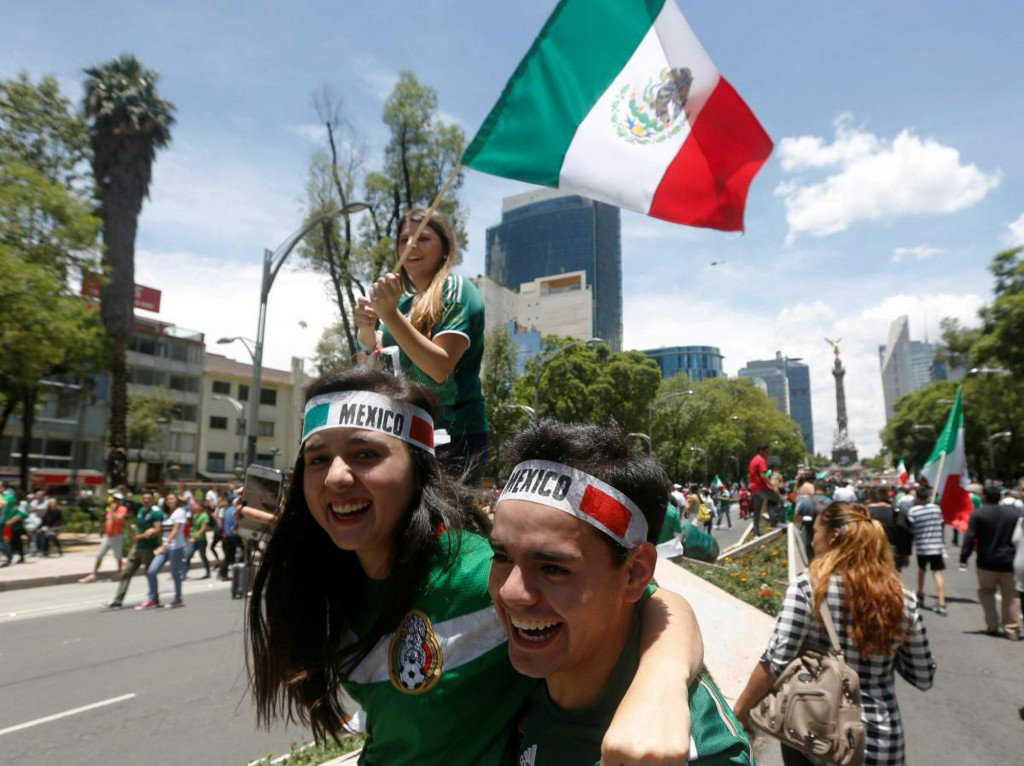 In the city’s massive main square, families in Mexican football jerseys had watched on a giant screen in front of a towering cathedral as Mexico beat Germany 1-0 in Moscow.

When star player Hirving Lozano scored a goal in the 35th minute, supporters jumped up and down, shouting, “Yes, we did it!” 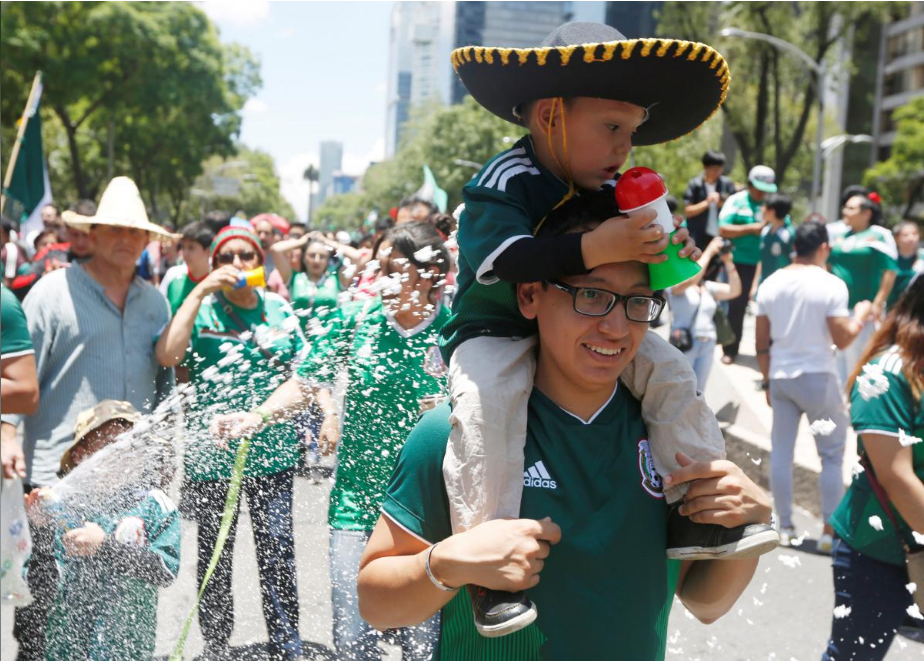 Mexican fans celebrate at the Angel of Independence monument.

The Institute of Geological and Atmospheric Investigations said highly sensitive earthquake sensors registered tremors at two sites in the capital seven seconds after the game’s 35th minute. It called them an “artificial” quake.

At the Angel of Independence monument after the match, Rodolfo Pulido, 47, led a chant of “Mexico! Mexico! Mexico!” perched on a concrete barrier that usually separates traffic on a busy thoroughfare.

“I am incredibly happy,” said Pulido, with his girlfriend and son on a Father’s Day outing. “It’s a double gift: Mexico won and I get to celebrate with my son.”

He also said he could now dream of Mexico reaching the next stage along with 15 other teams, getting a shot at reaching the quarter- and semi-finals before the final match.

“El Tri,” as the team is called in homage to Mexico’s three-colour flag, has failed make it to the round of 16 in the last six World Cups. 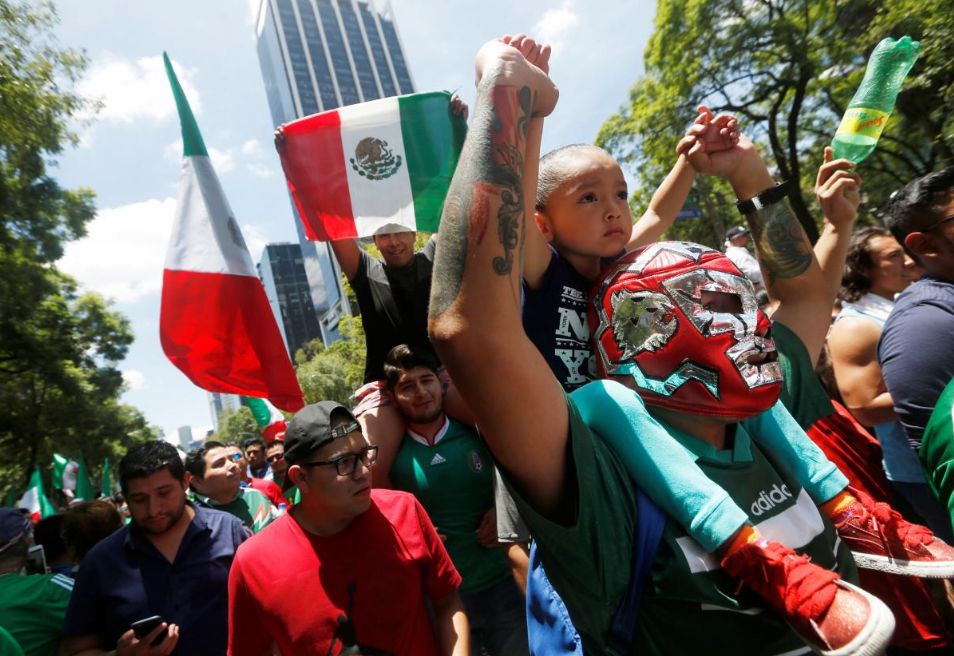 Others riffed on US President Donald Trump’s pledge to build a border wall between the United States and Mexico, placing photos of Ochoa guarding the goal alongside the caption “Hey! We already have a wall.”

Another popular meme depicted German Chancellor Angela Merkel holding a phone to her ear with the text: “Donald? It’s me Angela. Please build the wall.”

Mexico will face South Korea in its next game on Saturday in Rostov-on-Dov, Russia.