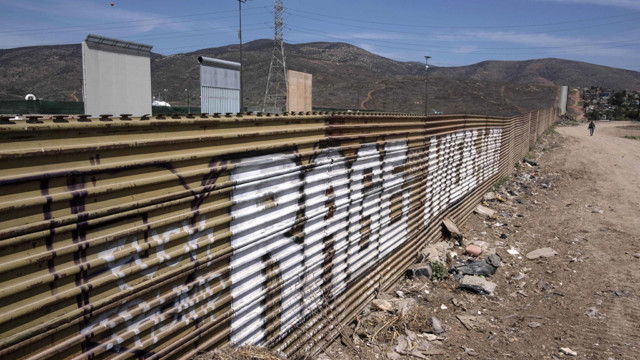 WASHINGTON, Nov. 24 (Xinhua) -- Mexico's incoming government has agreed to support the US government's plan to remake US asylum policy, The Washington Post reported on Saturday.

Citing Mexican officials and senior members of president-elect Andres Manuel Lopez Obrador's transition team, the newspaper said that the US administration had won the support of Mexico's incoming government for a plan to remake US border policy by requiring asylum seekers to wait in Mexico while their claims move through US courts.

"For now, we have agreed to this policy of Remain in Mexico," said Olga Sanchez Cordero, Mexico's incoming interior minister, who will take office on Dec. 1.

The agreement would break with long-standing asylum rules and create a new barrier to Central American migrants attempting to reach the United States and escape poverty and violence, according to the report.

US President Donald Trump renewed a threat on last Thursday to shut down the entire US border with Mexico as part of his administration's efforts to deter the entry of Central American migrants.

"If we find that it gets to a level where we are going to lose control or where people are going to start getting hurt, we will close entry into the country for a period of time until we can get it under control," Trump told reporters in Palm Beach, Florida.

A group of migrants, many of whom say they are fleeing persecution, poverty and violence in Honduras, Guatemala, and El Salvador, are making their way through Central America toward the US border for weeks. Many of them want to claim asylum.

Thousands of US troops have been deployed along the country's southern border with Mexico to help strengthen border security.