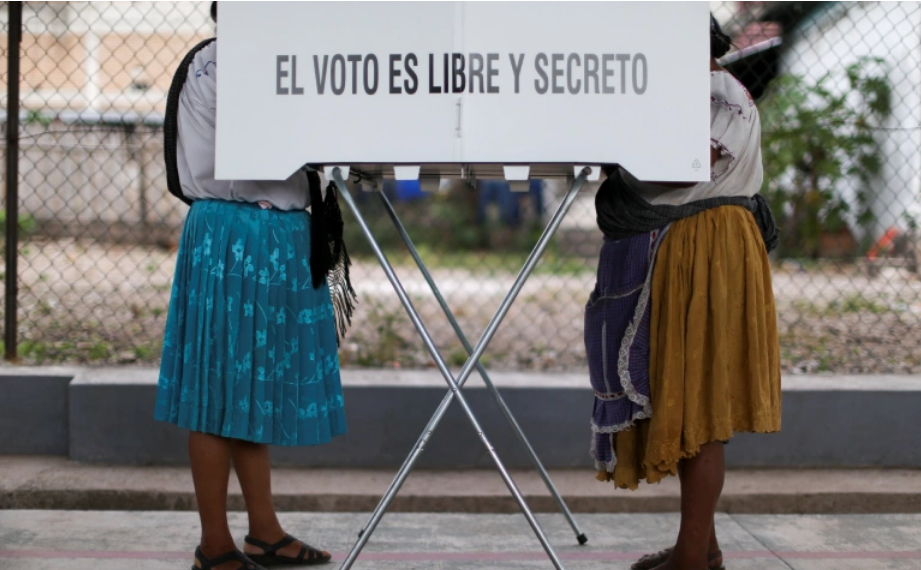 People fill out their ballots at a polling station during mid-term elections in Atzacoaloya, Guerrero state, Mexico, on June 6. (Photo: Agencies)

MEXICO CITY, June 6 (Xinhua) -- Mexico began midterm elections on Sunday with the opening of about 161,000 polling stations throughout the country, with about 90 million people eligible to vote to fill more than 20,000 public positions.

At 8:00 a.m. local time, polling stations opened with biosafety protocols and will close at 6:00 p.m.

Electoral authorities inaugurated the elections Sunday morning at the National Electoral Institute (INE), where the presiding counselor, Lorenzo Cordova, reported that everything was ready for the "historic elections" to be held in the country, saying that everything has been done to prevent "our democracy being another victim of the pandemic."

He called on the citizens to vote while observing preventive health measures and asked that if any irregularity or illegal act is witnessed, that it be reported to the Special Prosecutor's Office for Electoral Crimes (FEDE).

In these elections, 15 governors will be elected, 500 federal deputies, 1,063 local deputies as well as 1,923 mayoral posts, among other positions.

The midterm elections are the largest in the country's history due to the number of positions to be filled.

It is expected that half a million Mexicans abroad will cast their votes as well.