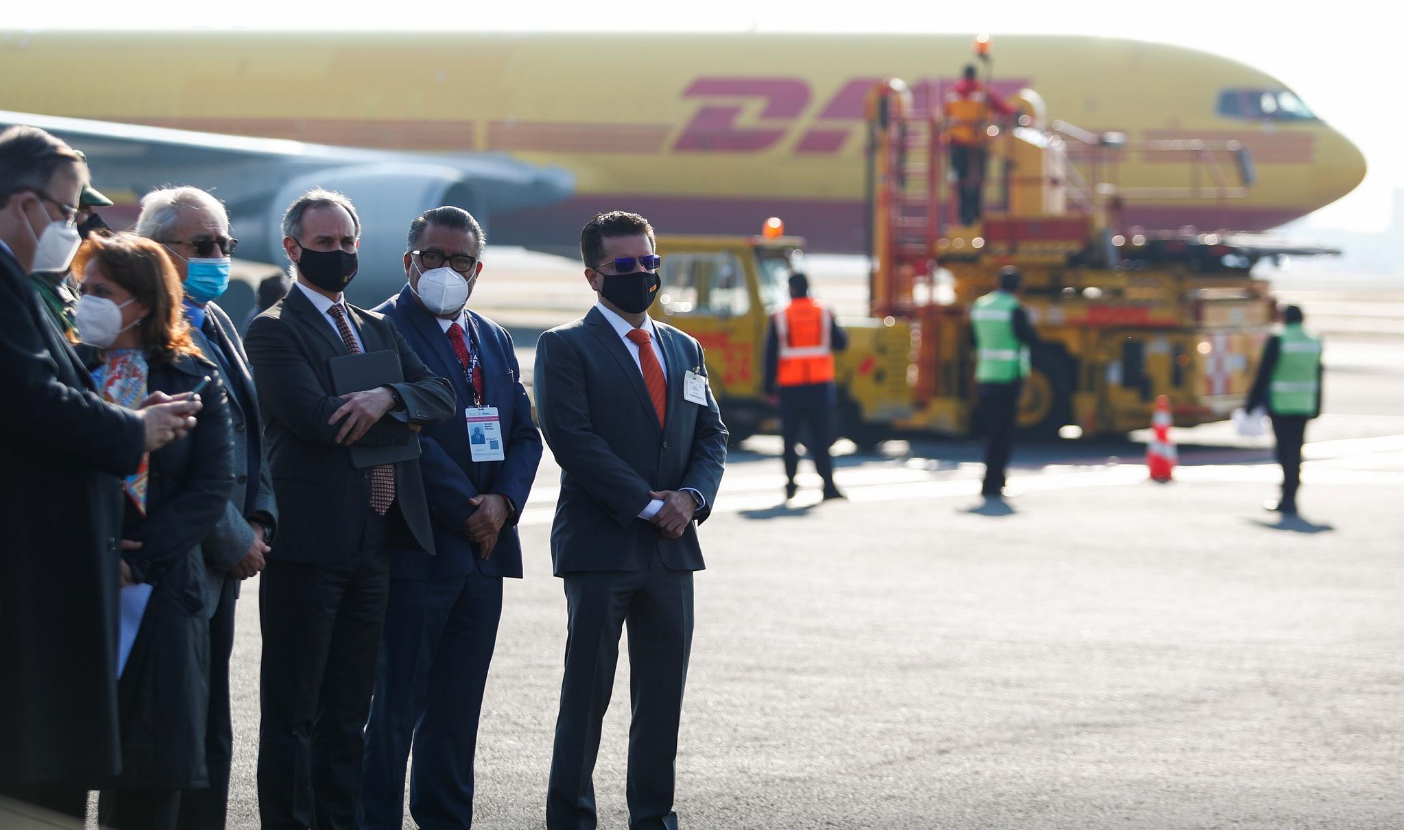 Mexico plans to begin inoculating health workers against COVID-19 on Thursday with the arrival of the first vaccines, as the government battles a sharp surge in infections that has pushed hospitals to their limits.

Vaccinations will begin at hospitals in Mexico City and the northern city of Saltillo, President Andres Manuel Lopez Obrador said on Wednesday before the first Pfizer vaccines were flown into the capital from Belgium.

"It's true that we still face a tremendous pandemic, but today is the beginning of the end," Foreign Minister Marcelo Ebrard told a news conference at Mexico City's airport.

Still, the first shipment only contained 3,000 doses of the vaccine. The next one will contain 50,000 doses, with Mexico slated to receive 1.4 million units of the two-shot Pfizer vaccine by January 31, the foreign ministry said.

Lopez Obrador said he wanted the vaccine to be used in additional areas as officials seek to reach workers at nearly 1,000 hospitals treating coronavirus patients nationwide. Senior citizens and people with chronic illnesses would be next.

Pfizer's is the first COVID-19 vaccine to reach Mexico, which has also signed deals for vaccines from other firms.

The country has so far recorded nearly 1.4 million cases and 119,495 deaths from COVID-19, the fourth-highest death toll worldwide.

With hospital bed occupancy rates surging, Mexico has put the heavily populated capital and two states into semi-lockdowns to try to prevent the virus from spreading more while urging residents to avoid holiday gatherings and socializing.

Last weekend, the Mexico City government sent out a text message saying hospitals were "at the limit."

In Mexico City's bustling center, banners warned "you are in a high infection area" while a message on loudspeakers urged the public to wear masks and avoid parties.

Meanwhile, in another Latin American country, Costa Rica, President Carlos Alvarado said the country would receive its first 9,750 doses of Pfizer's vaccine on Wednesday night, with inoculations set to begin on Thursday.

The shipment contained 9,750 doses for the small Central American country, and another delivery next week is expected to bring another 10,725 doses, said Health Minister Daniel Salas.

Costa Rica, with a population of some five million, has registered more than 2,000 deaths due to the coronavirus and 161,942 infections.

The vaccine shots are due to be given first to workers at healthcare centers and elderly care facilities, before wider distribution.

Salas called the vaccine's arrival "a light in this year of darkness" but warned the pandemic is not over.

"A long process is ahead," he said. 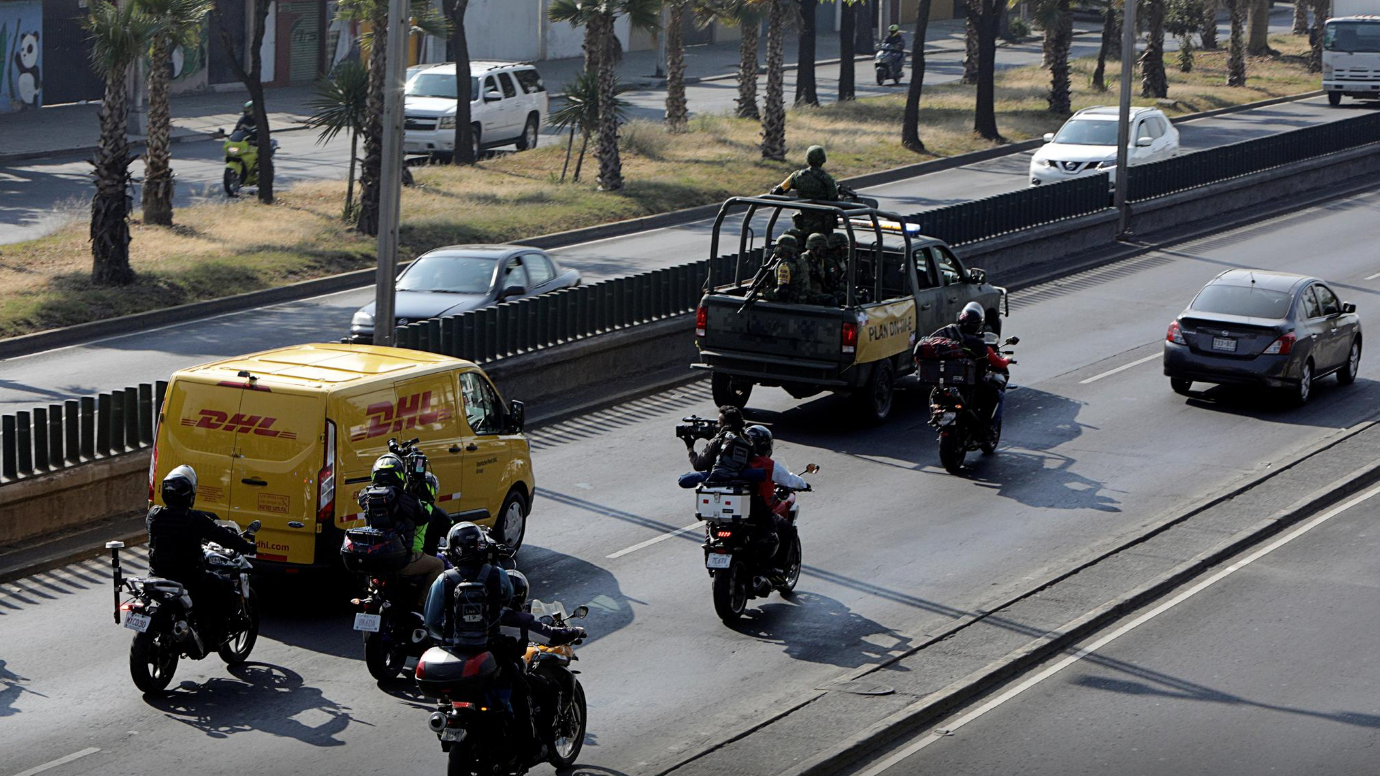 Dubai will also start inoculating people with the COVID-19 vaccine produced by Pfizer and BioNTech for free from Wednesday, the government said, joining Saudi Arabia, which last week became the first Arab country to begin using this vaccine.

A message on Dubai Health Authority's (DHA) hotline said the first phase of the COVID-19 vaccine would be for citizens and Dubai residents 60 years and above and for individuals with chronic illness over the age of 18.

The second category would comprise front-line staff in public and private sectors, the third would be vital-sector workers, and finally, the general public, WAM cited DHA as saying.

Dubai, the financial hub of the UAE, has been hit hard by the coronavirus outbreak, which hurt its key tourism, real estate and trade sectors.

S&P Global warned earlier this year, Dubai's economy was set to shrink 11 percent in 2020, almost four times the drop in GDP experienced during the global financial crisis in 2009.

Qatar has also granted emergency use authorization for the COVID-19 vaccine developed by Pfizer and BioNTech, while Oman will receive its first shipment of the same vaccine on Wednesday.

Kuwait received 150,000 doses of the Pfizer-BioNTech vaccine on Wednesday and expects to receive about 450,000 doses of it in the first quarter, Ghada Ibrahim, head of public relations at the ministry of health, said in a video on Twitter.

The UAE has recorded 195,878 coronavirus cases and 642 deaths so far from the virus.