WORLD Mexico deports 98 migrants who tried to enter US: official

Mexico deports 98 migrants who tried to enter US: official

Mexican authorities said Monday they have deported almost 100 Central American migrants after hundreds rushed the US border before being repelled by tear gas and rubber bullets. 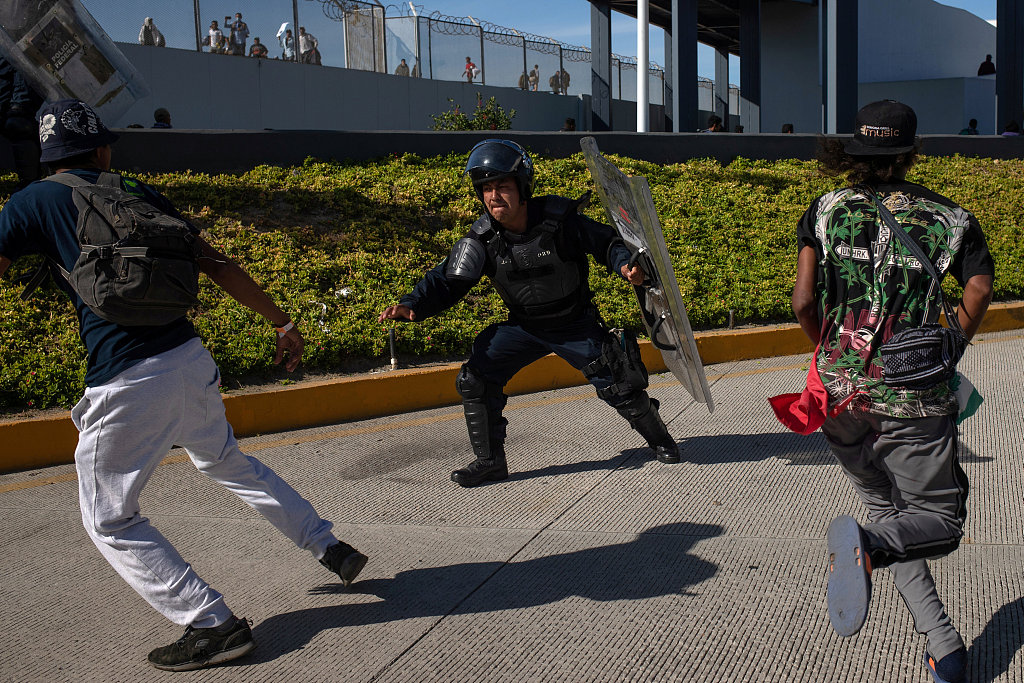 Mexico's Federal Police try to grab migrants, part of a caravan of thousands from Central America, as they attempt to cross the border into the United States from Tijuana, Mexico November 25, 2018. Photo: AFP

"Ninety-eight people were handed over to the national migration authorities and have been deported" after Sunday's incident at Tijuana, on the border with California, the commissioner of the National Institute of Migration said on television.