The Mexican government said Tuesday it has successfully completed a three-month push to provide coronavirus vaccines to all adult residents of communities along its border with the United States. 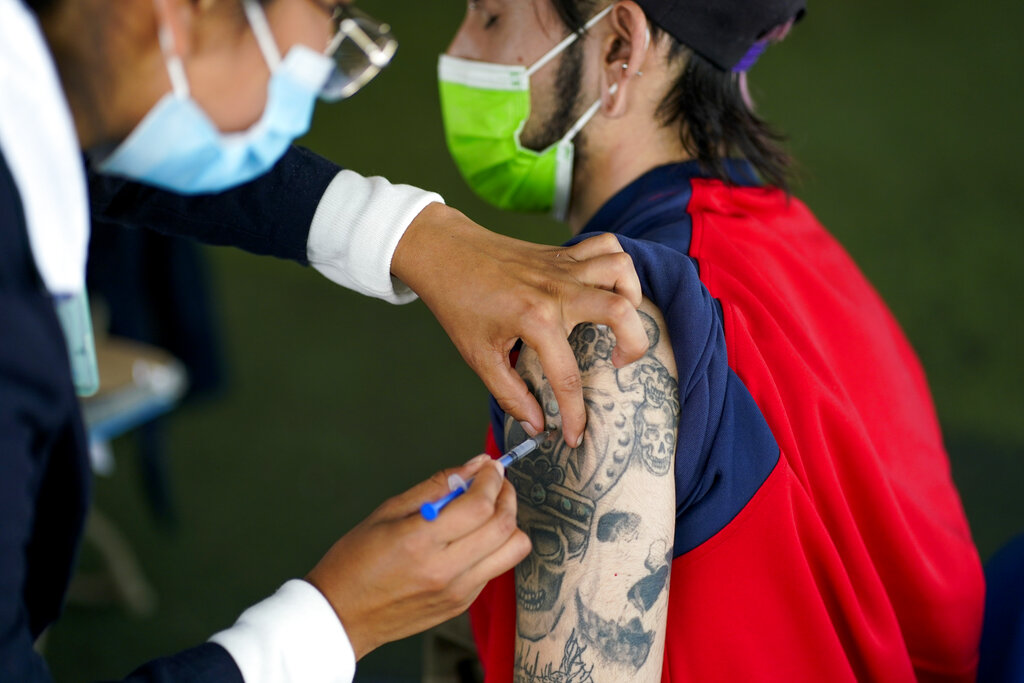 A healthcare worker injects a person with a dose of the Pfizer COVID-19, during a vaccination drive for people between the ages of 18-29, in Mexico City, Thursday, Aug. 19, 2021. (Photo: AP)

Mexico said that when it began the effort in June, it hoped the mass vaccinations would aid in lifting pandemic restrictions on non-essential travel across the border, something that has not yet occurred.

Mexico's public safety department said it was administering the last 64,000 doses Tuesday to people in the Gulf coast border state of Tamaulipas. In total, the program handed out 3.8 million shots in 45 townships and cities in six states along the border.

The United States donated about 1.35 million doses of Johnson & Johnson coronavirus vaccine to help in the effort.

Mexico officials said the goal was to boost vaccination rates along the border to levels similar to that on the U.S. side. Once that level was reached, they assumed there would be no reason to continue restricting travel over the U.S. border.

The project became a priority for President Andrés Manuel López Obrador because the cross-border economy is so important for northern Mexico.

So far, Mexico has received about 100 million doses of vaccines and given at least 61 million people at least one dose. But the Mexican government has so far resisted calls to vaccinate children under 18.

Officials have said eventually they may begin vaccinating people under 18 who have chronic health conditions that put them at increased risk.

But in the first mass vaccination of minors, state officials in the border state of Coahuila bused 1,000 children across the border to Eagle Pass, Texas, where they got their first shot of the Pfizer vaccine administered by members of the Texas National Guard. The youths ages 12 to 17 are the children of workers at border assembly plants known as maquiladoras.

Because the federal government controls vaccination efforts in Mexico, parents must file for a court injunction to get shots for their children, or take them to the United States.