WORLD Mexico in contact with US over terrorist designation of cartels

Mexico in contact with US over terrorist designation of cartels 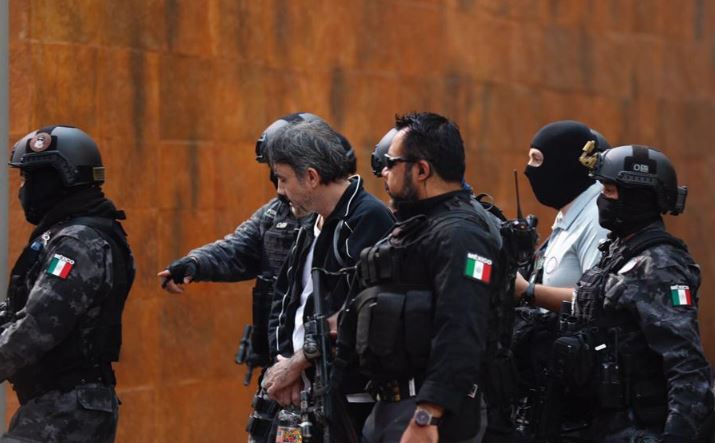 Damaso Lopez Nunez (C), one of the leaders of an international drug trafficking cartel, is arrested in Mexico city, Mexico, May 2, 2017, according to the country's prosecutor-general (PGR). (Photo: Xinhua)

The proposal floated by US President Donald Trump has worried both officials and average citizens in Mexico who fear the measure might entail imminent military intervention by US forces.

"Already in communication with the US government. We will undertake diplomacy of national unity to defend our sovereignty and own decisions," Ebrard posted on Twitter.

In a radio interview with conservative US commentator Bill O'Reilly on Tuesday, Trump said he would "absolutely" designate Mexican drug cartels as foreign terrorist organizations, a step his administration has been working on for the past three months.

"I have been working on that for the last 90 days. You know, designation is not that easy. You have to go through a process and we are well into that process," said Trump.

Following the broadcast, Ebrard responded via Twitter that Mexico would not accept any measures that "mean violating its national sovereignty."

The Foreign Affairs Ministry also issued a release saying Mexico will seek high-level talks with Washington to discuss the matter.

As early as March, Trump mentioned the possibility of including the cartels on the terrorist list. The proposal gained traction again earlier this month, after the massacre of a US Mormon family in north Mexico. The shocking crime saw cartel hitmen slaughter women and children in a hail of bullets.

The Mormon community on Sunday sent a letter to the White House asking the cartels be designated as terrorists.