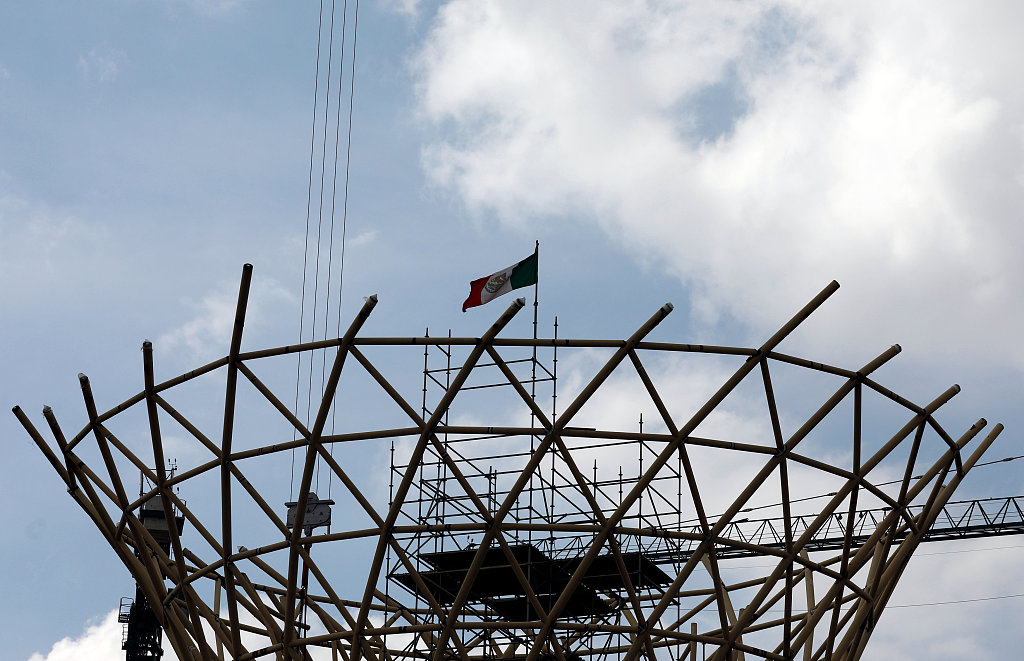 A general view shows a part of the terminal area at the construction site of the new Mexico City International Airport in Texcoco on the outskirts of Mexico City, Mexico October 29, 2018. (Photo: VCG)

Lopez Obrador, who succeeds Enrique Pena Nieto on December 1, said "two runways" would be built instead at Santa Lucia -- a military airbase south of the city -- and Mexico City's current airport would be upgraded. Another airport, at Toluca, would also be repurposed.

Mexican businessman Carlos Slim -- who was number seven on Thursday in Forbes magazine's real-time rankings of the world's richest people, with a net worth of $67.1 billion -- is the main investor in the airport.

He has led the business community's criticism of Lopez Obrador, who won the presidency in a resounding victory in July.

"Canceling the project would amount to canceling the economic growth of the country," Slim said in April.

Slim's construction company CICSA was awarded the $4.7 billion contract to build the airport's terminal in a consortium with six other companies.

Pena Nieto's government says the new airport would create up to 450,000 jobs and have the capacity to handle 125 million passengers a year when fully operational.

The International Civil Aviation Organization, a specialized UN agency, supports the building of the new airport.

Lopez Obrador's decision to submit the airport project to a public vote has been widely questioned.

Voters rejected the airport plan in a four-day referendum that was one of the leftist politician's campaign promises.

However, the referendum was not organized by the national electoral authorities and critics have pointed to cases of voters casting multiple votes.

An AFP journalist said it was possible to cast a ballot in more than one place on Thursday, after the failure of a computer system that was meant to centralize the voter rolls.