Mexican President Andrés Manuel López Obrador's flight to the west coast city of Tepic had nearly landed when the pilot pulled out due to crosswinds and landed a short time later. 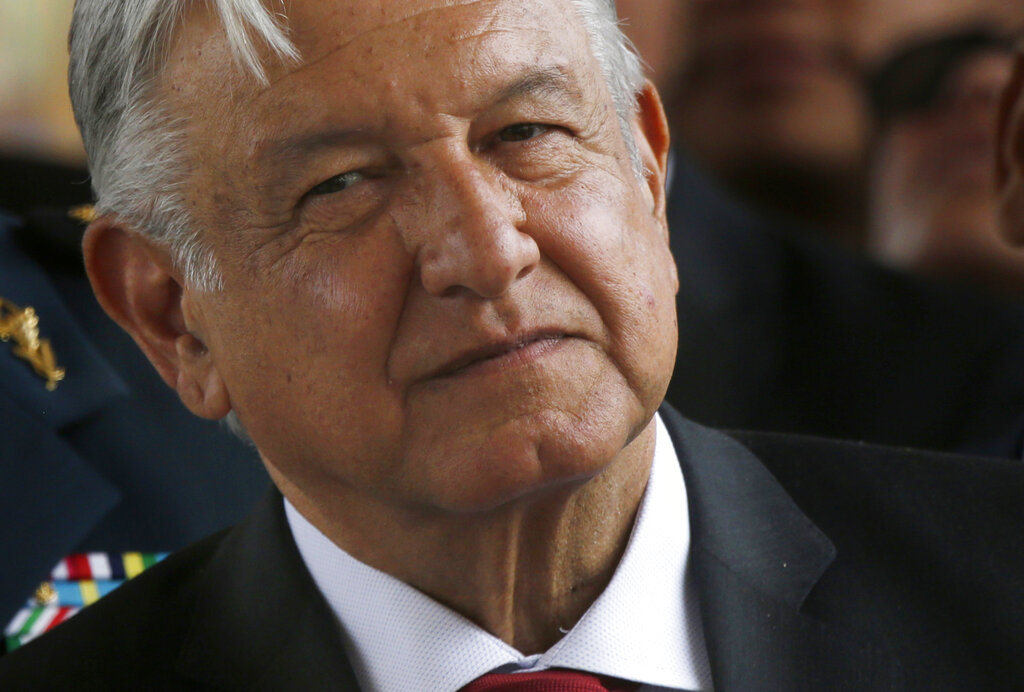 In this April 29, 2019 file photo, Mexican President Andrés Manuel López Obrador attends a ceremony at the Military Airbase Number 1 in Santa Lucia, on the outskirts of Mexico City. (Photo: AP)

The president was flying aboard a commercial flight from bargain airline Volaris Tuesday from Mexico City.

According to a statement from Volaris, the pilot followed protocol in aborting the landing when the crosswinds were detected. It said the maneuver was "completely normal and safe." The airlines said the flight landed two minutes ahead of schedule.

Upon arrival López Obrador told reporters it happens and that it was nothing serious.

He was attending a ceremony commemorating the centennial anniversary of the death of poet Amado Nervo.