Mexican leftist candidate Andres Manuel Lopez Obrador has double the support of his nearest rival three weeks ahead of the country’s presidential election, a major poll for employers’ federation Coparmex showed on Tuesday. 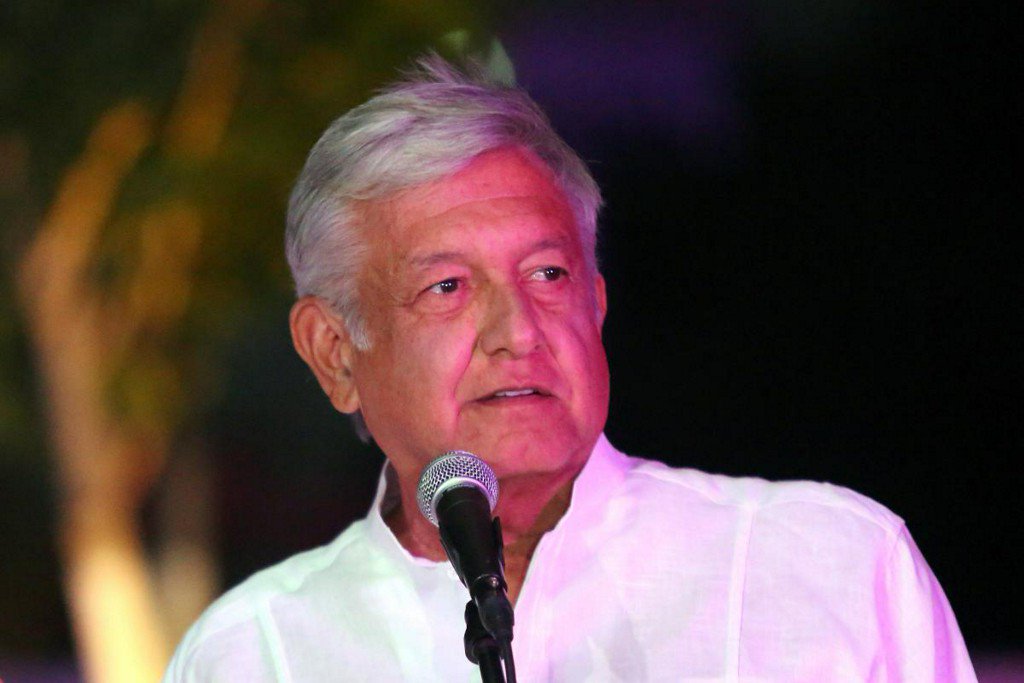 The May 30 to June 6 nationwide survey by polling firms Berumen and Ipsos drew on more than 13,000 interviews.

Asked who they would vote for “today,” 41.7 percent of respondents opted for the former Mexico City mayor Lopez Obrador, followed by 21.0 percent for Ricardo Anaya, who is running at the head of a right-left coalition.

Independent Jaime Rodriguez had 2.3 percent support, while 21.5 percent had not made up their minds or gave no answer.

Lopez Obrador has benefited from widespread disenchantment with the PRI over political corruption, record levels of violence and sluggish economic growth.

The results varied slightly when respondents were asked who they would vote for on the July 1 day of the election.

In that scenario, Lopez Obrador had 39.5 percent support, Anaya 18.6 percent and Meade 12.1 percent, while 27.8 percent were undecided or expressed no preference. Rodriguez had 2.0 percent.

The poll suggested that Lopez Obrador’s party, the National Regeneration Movement (MORENA), and its allies would fall a few seats short of an absolute majority in both houses of Congress.

MORENA has only existed for four years formally, and the opinion poll showed it was poised to win its first gubernatorial elections, giving it a lead in several states.

The poll showed MORENA with a clear advantage in the races for governor of Chiapas, Morelos, and Lopez Obrador’s home state of Tabasco, as well as in the race for mayor of the capital, Mexico City.

The party was also ahead in Puebla and held a very slight advantage in Veracruz. The poll, released by Coparmex on Tuesday, provided no margin of error.

The presidential candidates will meet for a third and final televised presidential debate on Tuesday evening.