Mexico deployed around 200 National Guard officers to the Guatemalan border on Friday in an effort to block a huge migrant caravan traversing Central America toward the United States. 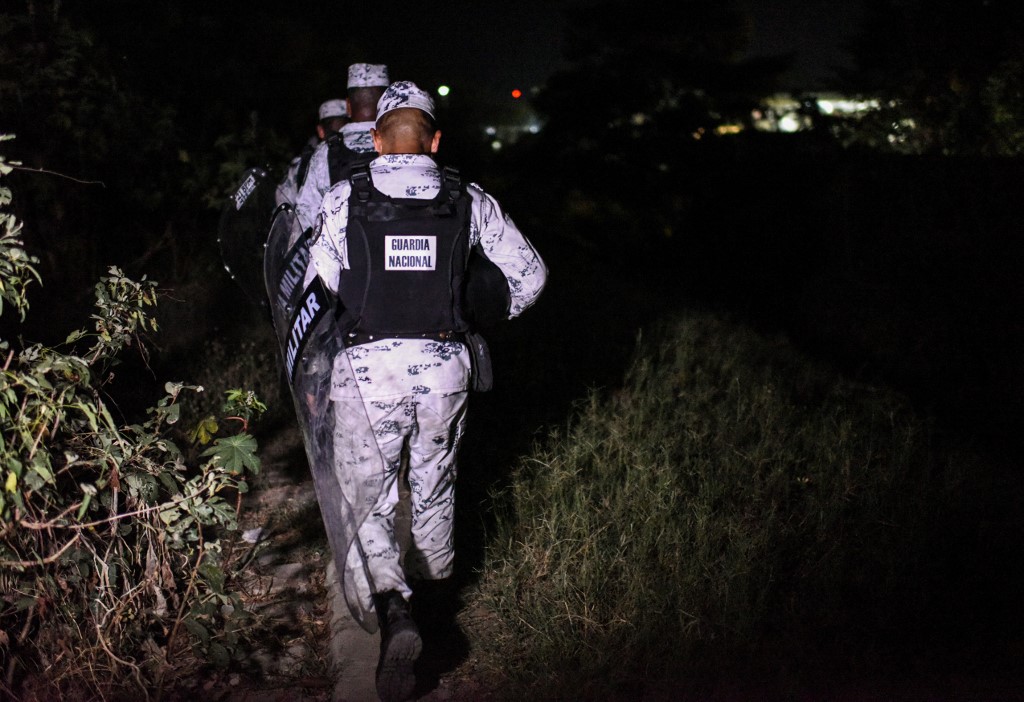 Members of the Mexican National Guard patrol the Mexico-Guatemala border in Ciudad Hidalgo, Chiapas State, Mexico on January 17, 2020, as a caravan of Honduran migrants are expected to arrive. (Photo by AFP)

A group of more than 3,000 people, mainly from Honduras and El Salvador, crossed into Guatemala on Wednesday.

According to Guatemala's new President Alejandro Giammattei, Mexico has vowed to use "everything at its disposal" to stop the convoy from entering its territory.

The Mexican troops were stationed at the town of Ciudad Hidalgo, one of the main crossing points into the country from its southern neighbor.

Earlier on Friday, Mexican President Andres Manuel Lopez Obrador offered 4,000 jobs to members of the caravan in an attempt to dissuade them from traveling on to the United States.

Mexico has come under pressure from President Donald Trump to slow a surge of undocumented migrants who arrived at the US-Mexican border last year.

Trump threatened in May to impose tariffs on Mexico if the government did not do more to stop them.

He has also allowed the United States to send more than 40,000 asylum-seekers back to Mexico while their cases are processed, under the so-called "Remain in Mexico" policy.

Human Rights Watch accused Mexico Tuesday of violating migrants' rights by failing to guarantee the security of those returned by the United States and detaining others in "inhumane conditions."

Tens of thousands of Central American migrants crossed Mexico toward the US last year in large caravans, fleeing chronic poverty and brutal gang violence and seeking safety in numbers from the dangers of the journey.

That prompted Trump to warn of an "invasion" and deploy nearly 6,000 US troops to the border.