Mexican Foreign Secretary Marcelo Ebrard said Monday he does not feel tricked by the insertion of a provision for labor inspectors in legislation for a new regional trade agreement before the U.S. Congress. 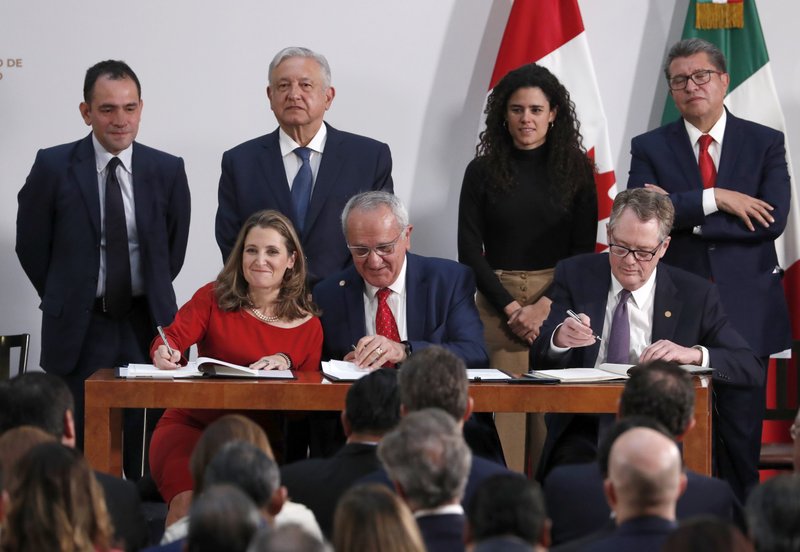 Mexico’s lead negotiator for the accord that will replace the North American Free Trade Agreement was in Washington Monday to reaffirm that Mexico would not accept a proposal for U.S. representatives who would inspect labor conditions in Mexican plants.

Mexico’s trade negotiator Jesús Seade said Sunday that the proposed attaches to monitor Mexico’s labor reform would never be accepted if they are a disguised attempt to have inspectors. Instead the agreement signed Dec. 10 in Mexico City called for three-person panels to field any disputes, with the panels including one person from Mexico, one from the United States and a person from a third country chosen by mutual consent.

Seade was to meet on Monday with U.S. Trade Representative Robert Lighthizer and U.S. lawmakers to express his country’s “surprise and concern” over the legislative language introduced Friday in the U.S. Congress.

Ebrard assured that the treaty itself, which has been approved by Mexico, remains “intact.”

Prior to Ebrard’s comments, President Andrés Manuel López Obrador suggested the U.S. move was sneaky. “That was not agreed to and this comes out in a clandestine way,” López Obrador said.

But Ebrard avoided such language. He framed it as the U.S. government doing what was necessary to get congressional approval.

The U.S. should have advised Mexico about the inclusion of such language, but the implementation legislation is internal to each country, Ebrard said. Even if the language stays, such attaches could never visit a plant without authorization of the Mexican government, he said.

If the U.S. does not remove the language, Ebrard said Mexico will not consult with the U.S. on its implementation legislation either. “We’re going to do the same,” he said.