MEXICO CITY, April 25 (Xinhua) -- Mexico has received the seventh shipment of the COVID-19 vaccines produced by Chinese company Sinovac, which will help accelerate the national inoculation plan, the Ministry of Health reported on Sunday. 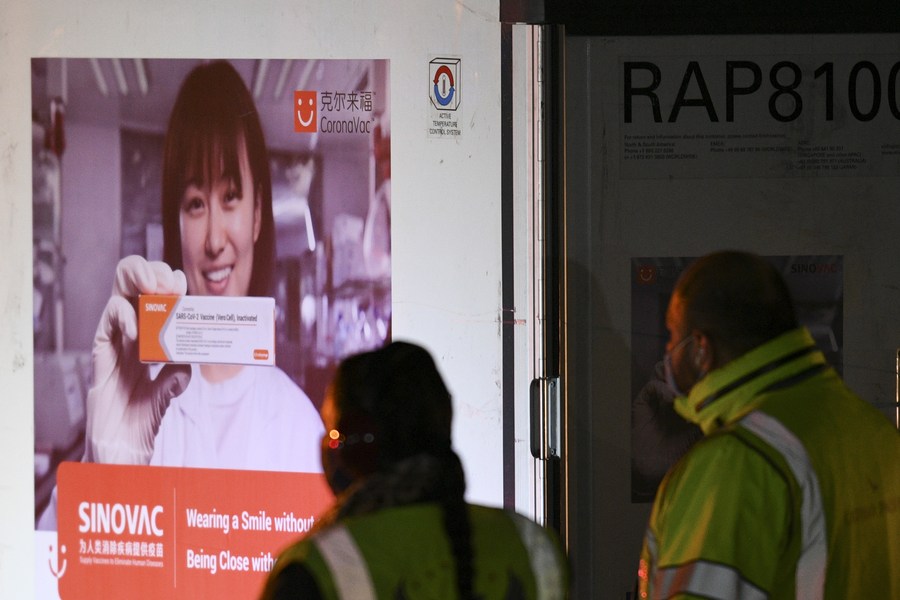 Shipments of the vaccine developed by the Chinese pharmaceutical company began arriving in Mexico in February after the Mexican health regulator, the Federal Commission for Protection Against Health Risks (Cofepris), authorized its emergency use.

The Mexican government has given doses of the CoronaVac vaccine mainly to older adults, in accordance with the phased vaccination campaign that began in December.

As of Saturday, Mexico had accumulated 2,326,738 cases of COVID-19, with 214,853 deaths, making it third in the world in number of deaths, after the United States and Brazil.