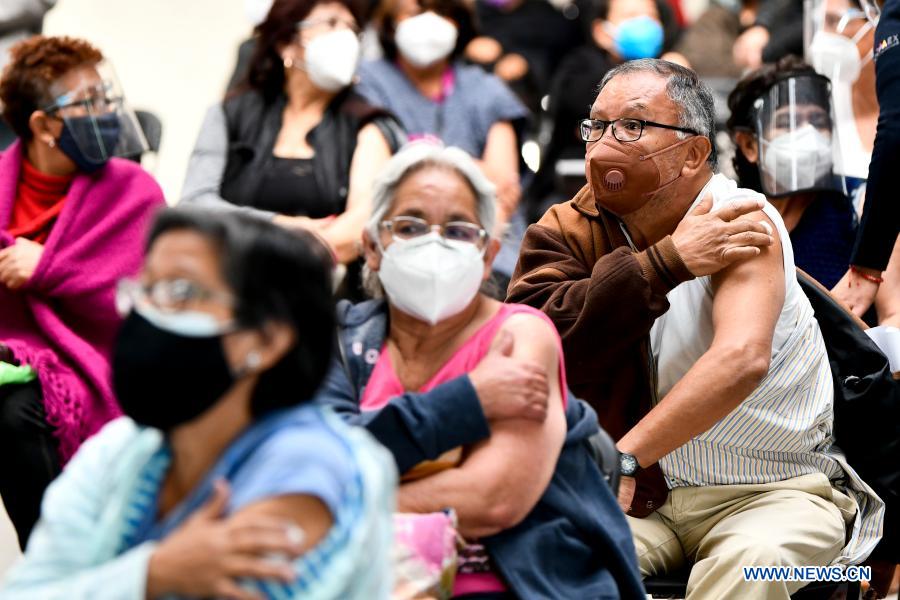 The arrival of the new batch of Chinese-made vaccines was an important indicator of the close cooperation and strengthening ties between Mexico and China, said Mexican Deputy Foreign Minister for Multilateral Affairs Martha Delgado.

"Foreign Minister (Marcelo) Ebrard has said, every time we receive the doses of vaccines from China, that Mexico will never forget the gesture of solidarity that we have received from China and its ambassador to Mexico, Zhu Qingqiao," she said.

The first batch of Sinovac vaccines arrived in Mexico in February after the country's Federal Commission for Protection Against Sanitary Risks authorized its emergency use against the coronavirus.

The Mexican government has inoculated older adults in poor areas of the country as part of its vaccination campaign that began in December.