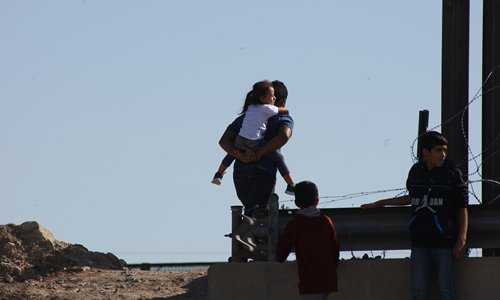 Mexico will restore two immigration centers on the northern border as part of a project to improve conditions and expedite processing for new immigrants, the Mexican Foreign Ministry said in a release on Friday.

The National Institute of Migration (INM) stations are located in the cities of Hermosillo in northwest Sonora state and Monterrey in northern Nuevo Leon state.

Their restoration is part of the second-stage effort to improve immigration facilities, which has already begun on the southern Mexican border, the statement said.

The Mexican Foreign Ministry announced on July 17 the rehabilitation of INM installations as well as shelters for migrant children on the southern border, as those centers lacked the capacity to deal with the current flow of Central American migrants traveling through Mexico towards the United States.

"Mexico was not, in the past, prepared for this size of migratory flow," explained Maximiliano Reyes, the ministry's undersecretary for Latin America and the Caribbean.

The number of migrants traveling through Mexico towards the United States has grown this year to the highest level in a decade, including thousands of children and adolescents immigrating with their parents or on their own.

The Mexican government increased immigration control measures in June after reaching an agreement with the administration of US president Donald Trump, who had complained about the huge number of Central Americans arriving at its border in the first five months of the year.