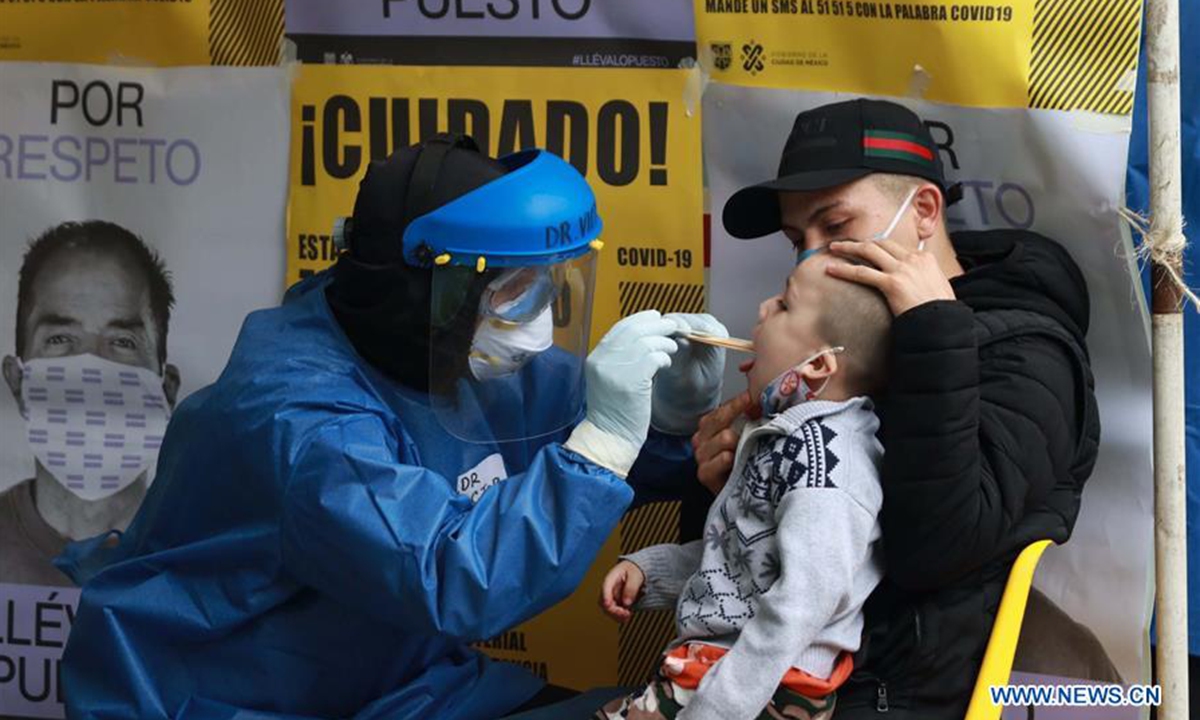 A medical worker takes a swab sample from a child for COVID-19 test amid the pandemic in Mexico City, Mexico, Aug. 26, 2020. (Photo by Israel Rosas/Xinhua)

Meanwhile, 635 more deaths were reported, bringing the death toll to 98,259 in Mexico, which ranks fourth worldwide, following the United States, Brazil and India.The Mexican authorities said the real number of infections is likely significantly higher than the reported confirmed cases.The northern state of Durangoa and neighboring state Chihuahua have been put on the highest level of coronavirus alert in a bid to contain the recent spike in the north of the country, according to the health ministry.Except the two northern states, most of Mexico's 32 regions are currently at the lower orange or yellow alert levels.Due to the pandemic, Mexico, the second largest economy in Latin America after Brazil, is facing a record economic decline of 9 percent for 2020, according to the International Monetary Fund.Mexico registered its first case of COVID-19 on Feb. 28.