Mexico's National Guard will not act as 'Border Patrol': official 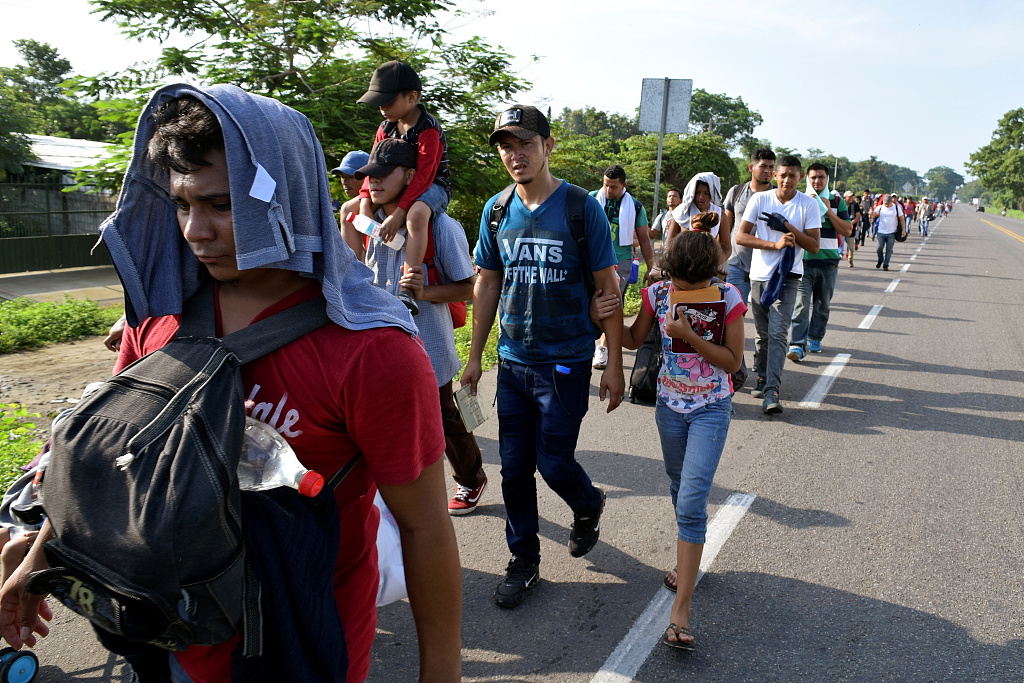 Migrants from Central America walk on a highway during their journey towards the US, in Ciudad Hidalgo, Chiapas state, Mexico on June 5, 2019. (Photo: VCG)

"To be clear, the National Guard is not a 'Border Patrol' because it will be implemented and deployed across the nation, mainly in the areas with more violence," said Sanchez Cordero.

According to the minister, members of the National Guard will be working "in both the northern border as well as the southern border, in Tamaulipas, in Guanajuato, wherever their presence is needed."

"The entry of illegal migrants (to Mexico) is part of our national security, that's why we want orderly and safe migration," the minister said.

She also added that regulating the entry of undocumented immigrants to Mexican territory is "only making sure our laws are respected."

On June 7, the Mexican and US governments reached an agreement to reduce the number of migrants from Central America.

The agreement suspended the implementation of tariffs that US President Donald Trump threatened to impose on all Mexican imports beginning on June 10.

Under the deal, Mexico promised to increase its efforts to reduce undocumented immigration, and strengthen the deployment of its recently created National Guard.

The flow of Central American migrants fleeing poverty and crime has increased since the end of 2018, with caravans of thousands crossing Mexico, mainly on foot, to reach the US border.