WORLD Mexico says migration to US down 56 percent since May

Mexico says migration to US down 56 percent since May

Mexico said Friday it has slashed undocumented migration to the United States by 56 percent since May, aiming to dodge the threat of tariffs under a deal the two countries are set to review next week. 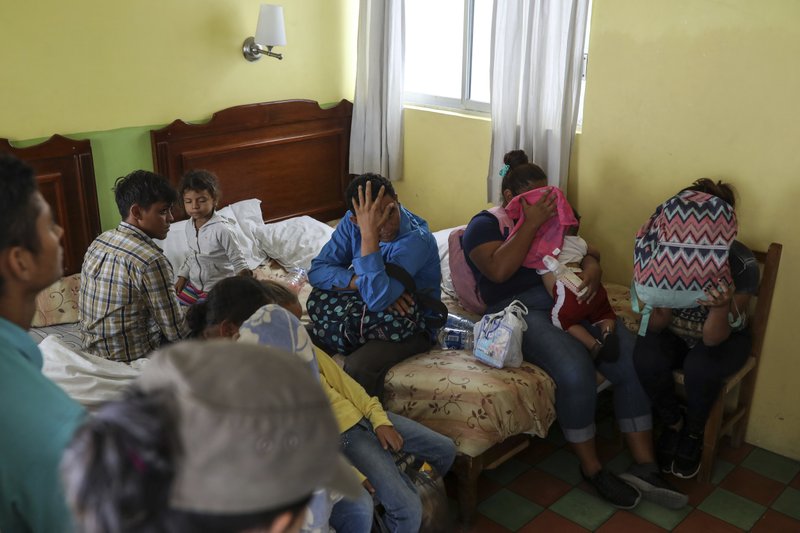 Central American migrants sit together inside a room at the Latino hotel during a raid by Mexican immigration agents in Veracruz, Mexico, Thursday, June 27, 2019. Under increasing U.S. pressure to reduce the flow of hundreds of thousands of Central Americans through Mexican territory, Mexico's government has stepped up enforcement. (File photo: AP)

America's southern neighbor agreed this summer to crack down on migration mainly from poor countries in Central America under the threat of import tariffs from President Donald Trump, who is seeking re-election on a largely anti-immigration platform.

"I do not think there will be a threat of tariffs because there is a 56 percent reduction," said Foreign Minister Marcelo Ebrard, who is due to travel to Washington next week to review that agreement with the Trump administration.

Ebrard repeated Mexico's refusal to become a so-called safe third country, which Trump has pressed for. Under such an arrangement it would agree to take in migrants entering Mexico on their way to the US to request asylum.

"The Mexican strategy is working. We will not agree to be a safe third country ... because it goes against our interests," the minister said. "It is unfair to our country."

Ebrard said he will tell Vice President Mike Pence and Secretary of State Mike Pompeo when he meets with them Monday that the way to fight undocumented migration from Central America is to reduce the poverty and violence that are prompting people to leave in the first place.